The first battle was the OVERALL EVENT BATTLE at the event in Bonifacio including battles in freestyle windsurfing and tow-in. After two individual eliminations formats in the light to moderate winds on 2 different spots, two eliminations in Tow-In windsurfing and one round of “light wind freestyle”, the Belgian Steven Van Broeckhoven became the overall big winner of the 4th edition of the Bonifacio Freestyle Project. Steven was the most consistent sailor during the entire event.

The third battle was the ONLINE VIDEO CONTEST between Team France and Team International. More than 1500 people have voted for their favorite video. In the end it was Team France who got 65% of all the votes and therefore won the contest.

The winning video of the 2013 Bonifacio Freestyle Challenge 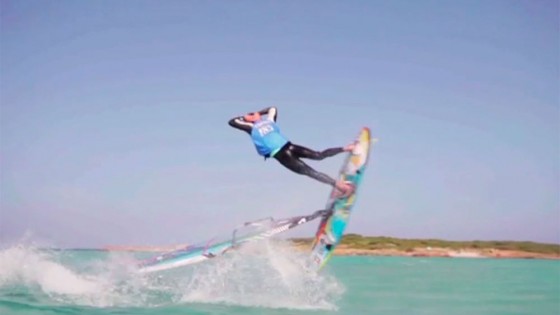 […] landing this no handed Burner Antony Ruenes won the BEST MOVE battle at the Freestyle Project Bonifacio 2013. Amazing move, we can watch it over and […]