There are big news about the upcoming Fuerteventura Wave Classic 2011 to announce. 40 times worldchampion Björn Dunkerbeck will compete in the upcoming FWC, which will be started on the 8th of February 2011. It will be interesting to see how Björn, who could win waveevents some years ago and stopped his participation in the PWA in  2008 – he finished in 2007 the PWA event in Sal in 9th position and got 17th at Pozo – will ride the waves at the North shore of Fuerteventura in 2011. Björn put his focus on slalom racing and speed while the past three years. We hooked up with him and asked Björn about his motivation to have a comeback in the wavesailing discipline, where the younger riders rule nowadays. He definitely has nothing to proof after winning several events and titles in the waveriding discipline! 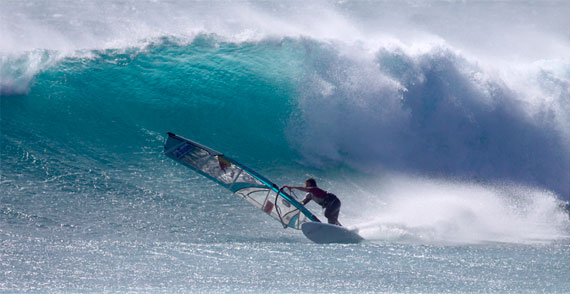 C7: You are on the event poster of the Fuerteventura Wave Classic. Will you join the event and what´s the reason for this surprising comeback at an wave event?

Björn: I´ll do wave sailing, when the waves are good. So this event will be a fun one to do for me!  Also I want to test some Starboard speed boards and iSonics and sails in the South of the island at Sotavento. I also want to sail with the Reflex II,  which I am very happy with and I am sure every one, who will try one would like to have one.

C7: Will you compete if the conditions should fit at the North Shore of Fuerteventura and did you find some days to prepare for the event?

Björn: I will be there the first 4-5 days and compete, if the waves are good, but just for fun! 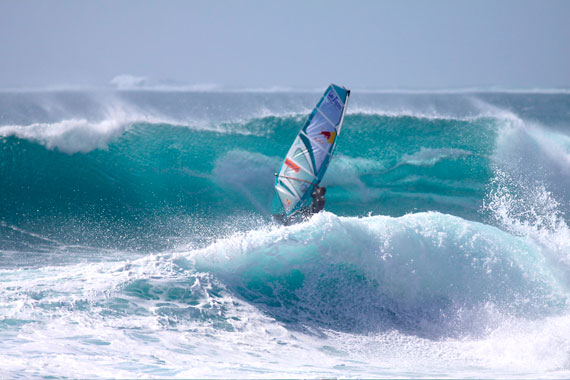 In between big waves (Pic: dunkerbeck.com).

C7: Do you like the concept of the Fuerteventura Wave Classic with a mobile structure?

Björn: Yes, it is a great concept, which makes sure to get the best conditions. There are a few great places like Rocky Point, Mejillones, Majanicho. We will see which one works best! 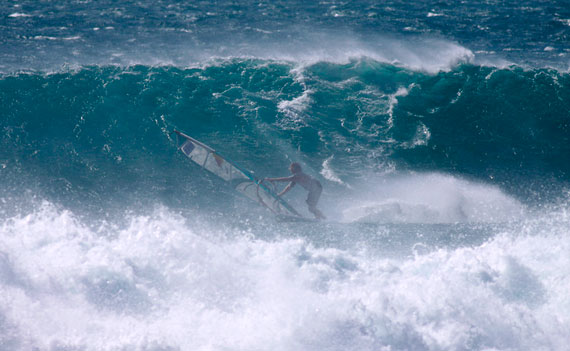 C7: This location often gets compared with Hawaii. Would you say this is a fair comparison or offers Hawaii much better conditions?

Björn: It can be as good as Hookipa and the outer reefs like Lanes and Spreckelsville!

C7: Would you say that February is a good period to run a wave event?

Björn: Yes, its a good month for sure out of my view! 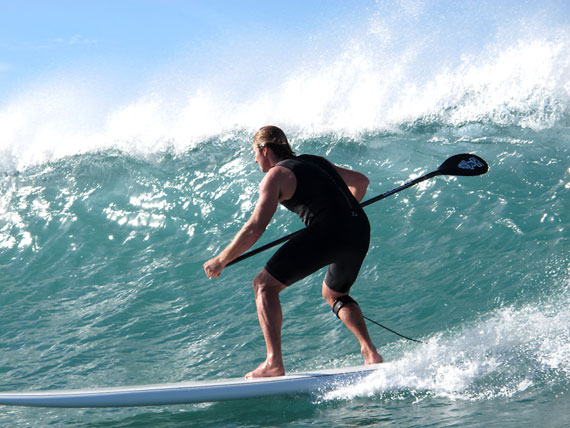 Björn also will ride waves on the SUP (Pic: dunkerbeck.com).

C7: At which spot at the North Shore of Fuerteventura did you windsurf or surf the biggest waves in your career so far?

Björn: I think it was Mejillones long time ago.

C7: What do you expect out of your personal view from your participation in the event?

Björn: To get good waves and enjoy them

C7: Will you bring your surf- or SUP boards?

Björn: I always bring my SUP board. It is a great way to get many more days on the water, both in waves and also downwinders. 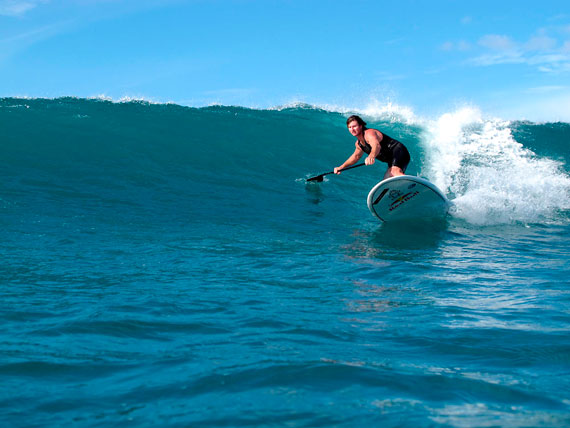 Björn likes to ride waves on the SUP (Pic: dunkerbeck.com).

It’s always easy to critic some one with a past than some one without…
He is one of the biggest champion in this exceptionnal sport.

Our team takes part in this event and I’m proud to see Björn again.

See you next week.

He is just promoting the I sonic and Reflex11 why shouldn’t he.
He just tell’s that he will not compete the whole time and makes some time free testing material like the Reflex11 and the I sonic.

I really don’t like this guy very much. Look at his answer to the first question. Nobody cares about his iSonic and Reflex II. The interview is about the FWC! I’m wondering why he didn’t mention Red Bull in every other sentence.
I don’t feel any passion for windsurfing in this interview.