Björn Dunkerbeck – an actual view of a superstar on the sport

Björn Dunkerbeck, who could win more titles in windsurfing than anybody else, can still perform on top in the Slalom and Speed discipline with an age of 40 years. In the following interview he gives an interesting view on the status quo in windsurfing. 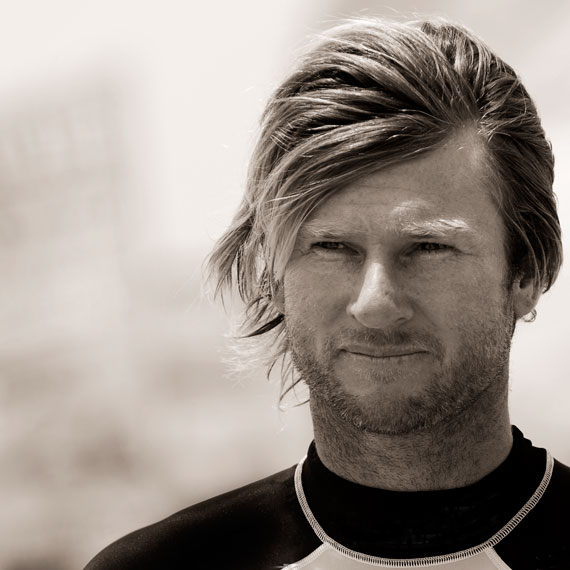 How do you think that windsurfing has changed over the last few years and how do you view the future of the sport?

I think windsurfing became much easier to learn. The equipment makes it possible to learn the sport in a few hours.

Another success for the sport is SUP (stand up paddle). SUP is great to bring the people back on the board, because you have the possibility to play on the water in no wind conditions. And it is fun for the whole family.

What´s about the worldcup, any big changes over the years?

In the World Cup are more specialists in every discipline nowadays. In the past (mid 80´s until mid 90´s) there were allrounder. Everybody tried to compete in more disciplines.

You and Robby Naish are the living legends in windsurfing, but who do you think are the future champions among the young talents in the sport?

I think there are many more talents in all disciplines nowadays. It will be interesting to see ,who is going to be the next big name!

But I guess to become a legend needs you to win over many years! To win just one ore two contests is not enough!

And do you think anyone can dominate the sport again like you did in the 1980s and 1990s?

No, I don’t think so, but I hope to be wrong! I don´t think anyone can dominate the sport like I did in the 80s and 90s, but I hope someone can prove me the contrary.

Is it true that, with so many world titles, you hold the world record for the number of titles of any sportsman? That’s some achievement! How many is it now?

The wind was only about 35-40 knots. In better water and wind conditions it would be possible to windsurf a lot faster.

You’re half-Danish, half-Dutch… then growing up in Gran Canaria how was that for you ?

My parents Ulla and Eugen moved from Denmark to Gran Canaria when I was 8 years old. My sister Britt was seven years old. They were windsurfing and wanted to change their lifestyle!

And now you sail under a Swiss flag, like the America’s Cup holders. Do you follow sailing and other watersports closely?

Yes, I live in Silvaplana, St. Moritz for a few years now. It is great for snowboarding and relaxing in a beautiful central area! I have been on the grinder on an AM-sailing boat, to see if I like it. I´ve been also on many other sailing boats, cat and multi-hauls!

More about Björn on dunkerbeck.com

chris2009-12-18T00:39:57+01:00November 6th, 2009|
Subscribe
0 Comments
Inline Feedbacks
View all comments
This website is using Google Analytics. Please click here if you want to opt-out. Click here to opt-out.
0
0
Would love your thoughts, please comment.x
()
x
| Reply
We use cookies to ensure that we give you the best experience on our website. If you continue to use this site we will assume that you are happy with it.OkNoRead more