Björn Dunkerbeck about his victory in Dakhla 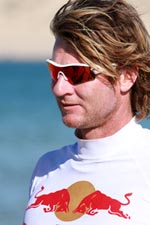 Björn Dunkerbeck, who finished the 2009 PWA Slalom season in 3rd position overall, seems to be hungry for more in 2010. After intense sail development during fall and winter together with his teammate Steve Allen and Ben Severne he took part in the long distance race during the Dakhla Festival and he took the victory there.

Read more in the following interview.

C7: 2010 started off excellent for you! You can win a race already in February! How does it feel winning the Longdistance in Dakhla?

Björn: It was good, too bad we only had wind for one race, 3 days of free sailing !

C7: Did you prepare in a special way for the Dakhla Long Distance race and if yes, how?

Björn: Not really. I just wanted to do a contest and test my Reflex Severne Sails plus the new Isonics as well. 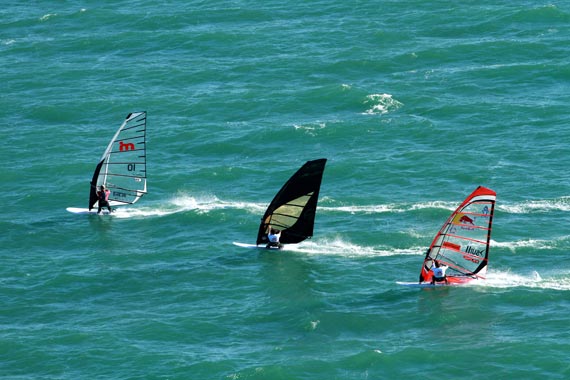 C7: How was the competition for you and who were the hardest opponents?

Björn: The organisation was good. The first half of the first leg 5-6 km we were 4 guys sailing together, no one really knew, where to sail, because we could not see the boat with the flag on. As soon as I could see the boat I went full speed and managed to get a good lead from this moment on.

C7: What was the hardest part of the long distance race in Dakhla?

Björn: I guess to sail 10 km in one direction plus not knowing exactly, where the marks were positioned!

C7: How strong was the wind, which gear did you use and what was your overall racing time? 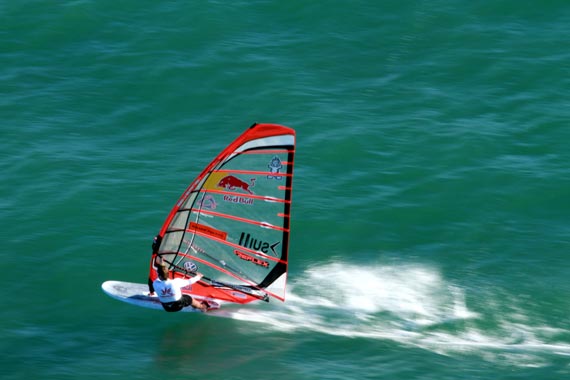 C7: The organiser told us before the eventstart, that you would go for a 80 km long race! Now you made 40 km, what´s also massive. What was the raeson you went 40 instead of 80 km?

C7: The PWA tour will start in the middle of May 2010. A bit more than 2 months are left to prepare for the Slalom tourstart! How has your preparation gone so far?

Björn: I will be on Maui for one month after the WOK WM, which will take place from the 18-19. March. I was and will be on the board as much as possible: Windsurfing, SUP, Surfing and Snowboarding. It also has been extremely good in Silvaplana this winter!

The Reflex Severne Racing sails are working very well. They are fast and have an easy light feeling in your hands at the same time. The different sizes have a huge range, which will make everyone happy, who will ride them all over the world
The Starboard iSonics are also better than ever before!