Bernd Roediger, the Samurai, the Wizard, the Magician, is one of the strongest and most skilled riders, when it comes to down the line riding in free sailing and competition. And this is what the 25 year-old Hawaiian showed during the single elimination at the 2022 PWA Wave World Cup in Cape Verde. He won the single elimination in front to Marcilio Browne and Thomas Traversa.

He has this special feeling in waves due to the variety of water sports he practices day by day. Bernd is an extremely versatile rider: he won 3 AWT events in the beginning of his career, he reached podiums in the Aloha Classic with full PWA participation in 2013 with a 2nd – at the age of 16 only – and 2019 with a third. Additionally a 11th in 2015 and a 5th in 2016. Bernd participated in APP World Tour  (SUP) and was ranked 8th in the surf overall ranking.

Being a pro windsurfer isn’t easy! Especially for me lately, when I’ve made certain decisions in my career. Decisions that give me a lot of freedom to express myself, a lot of agency over my own sailing, but not a lot of budget! 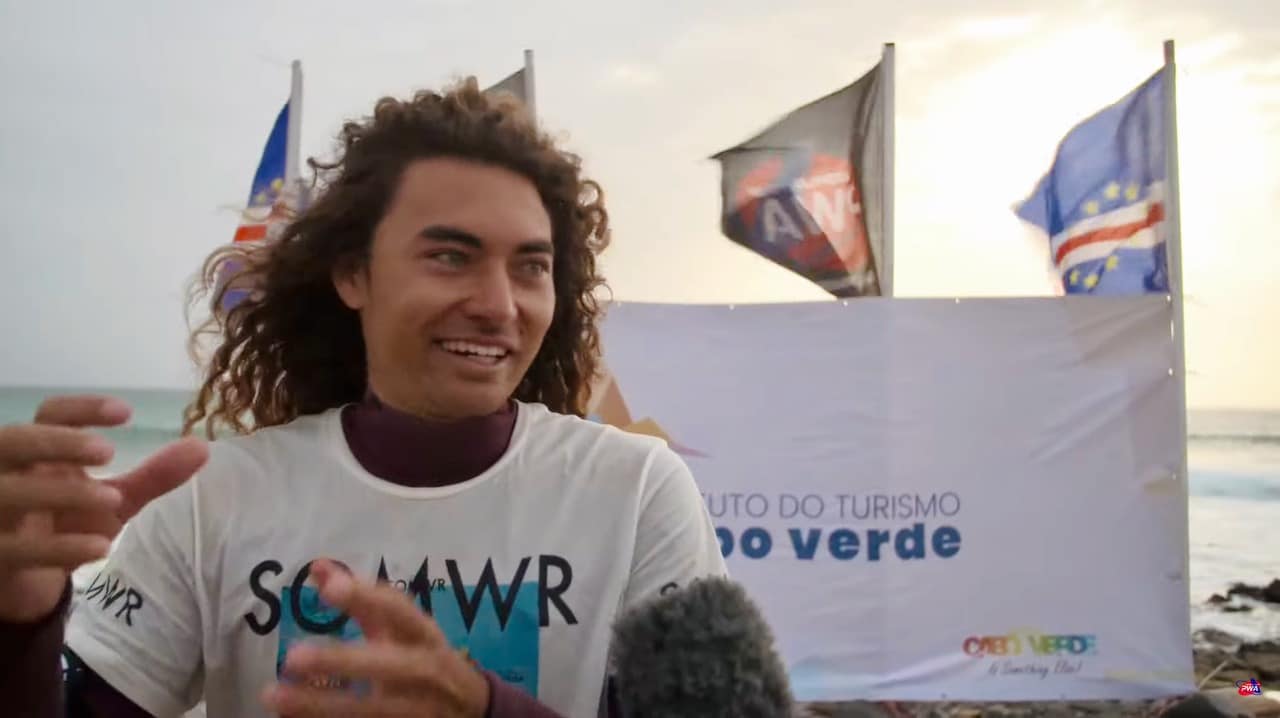 Bernd Roediger is happy and thankful for everything after winning the single elimination at Ponta Preta, Sal

Continentseven: You said in the Interview with the PWA that it was tough to make it to Sal. So many people helped you… What was so hard?

Bernd Roediger: Being a pro windsurfer isn’t easy! Especially for me lately, when I’ve made certain decisions in my career. Decisions that give me a lot of freedom to express myself, a lot of agency over my own sailing, but not a lot of budget! Getting to Cabo Verde seemed impossible. But Black Project, Hot Sails, Flikka and my own local community of Maui sailors all contributed in their own way to help me. For that reason, this win took on new meaning. Perhaps my Aloha victories were about my family, my home, and finding a place among my heroes at Ho’okipa. This win showed me how much I represent Maui windsurfers and passionate wavesailors around the world! Thank you to everyone who supported me in this!

C7: You spent much time on the SUP in Oahu last Season. Did that help your wave riding?

Bernd: I think any time on the water helps for sure!  My whole approach to these sports have changed over the years, and I’m having more fun surfing/windsurfing than ever before, I think that shows in my riding!

C7: Many riders mainly windsurfers, tune their gear. You received two boards just in time and it was your first time riding the waves at Ponta Preta.

Bernd: My relationship with Luka over at Flikka seems to work pretty seamlessly! I had spent almost two years riding the wave board he made for me, loving it, and learning to understand it. Over time, I began to think about what improvements might help me to draw out better lines on the wave, and feel more confident in fast surf. Although the new board wasn’t specifically designed for this competition, I think it was perfectly suited to the conditions we found in Ponta Preta. It’s true that I unpacked the board and used it only once before competition, but my faith in Flikka is just that strong. 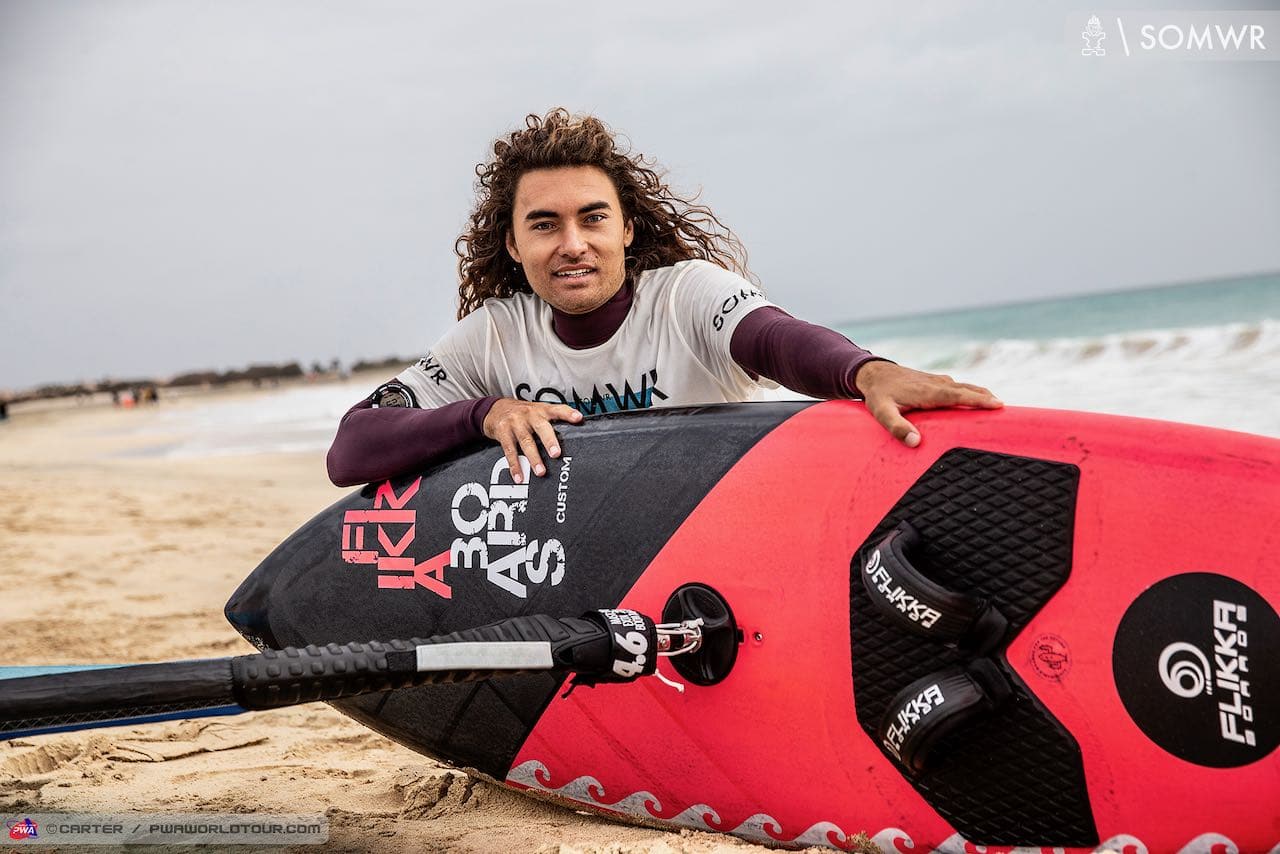 Bernd Roediger and his Flikka board from Slovenia (Photo: Carter/PWAworldtour)

C7: Would you describe the conditions as good or even unique?

Bernd: The conditions were undoubtedly unique, unlike anything I’ve ever had the opportunity to sail in my life! Such a perfect point break, with intense offshore winds, a special treat for any wave sailor. It differs massively from Ho’okipa in that the speed of the wave requires you always maintain a down-the-line position. That means that anytime you see an opportunity to go for a big, committed Cutback you have the chance for a great score! I think the degree of difficulty at Punta Preta is very high! 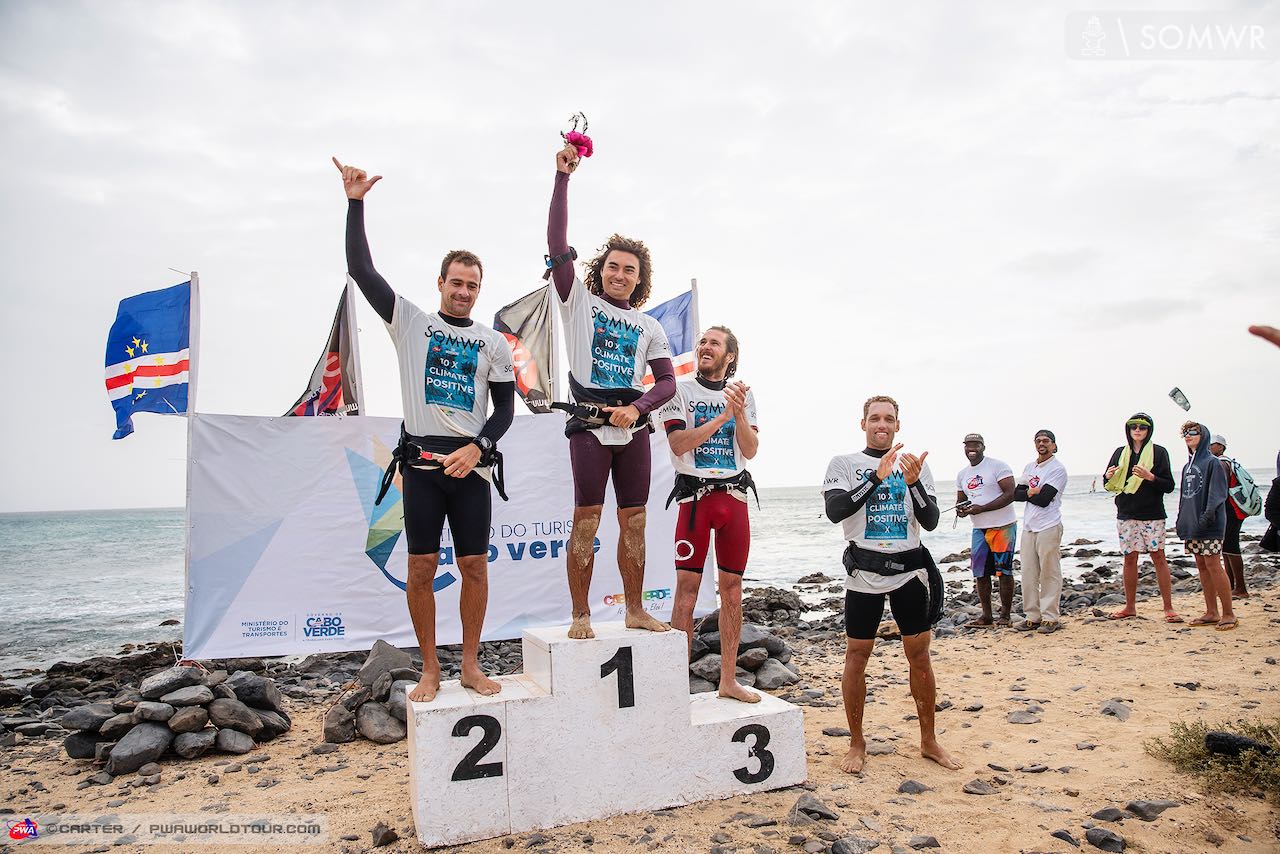 C7: Were you surprised about your performance?

Bernd: I was very surprised to win, I was surprised to make each heat! So many things have to come together for a victory, the wind & waves, the other sailors and their decisions, your own luck… I honestly believe almost anyone could have won this single elimination!

C7: You never fight for a wave, either you let go your opponent first. Is that a secret or a strategy?

Bernd: Haha I just couldn’t get any waves! I will admit that I could have used a bigger board, then I might have been more competitive in the lineup. I wish I could attribute my success to some kind of unique strategy, I can’t. However, it is written in “The Book of Five Rings” by Samurai legend Miamoto Musashi that when someone attacks you aggressively you should use passivity to your advantage, and when someone is forceful in one place you should put your strength elsewhere. I couldn’t really compete with the guys on their bigger sails and boards, I had to find a way to catch waves without directly confronting their priority. So there, it was a strategy after all haha!

C7: Thanks for the interview and good luck for the double elimination. 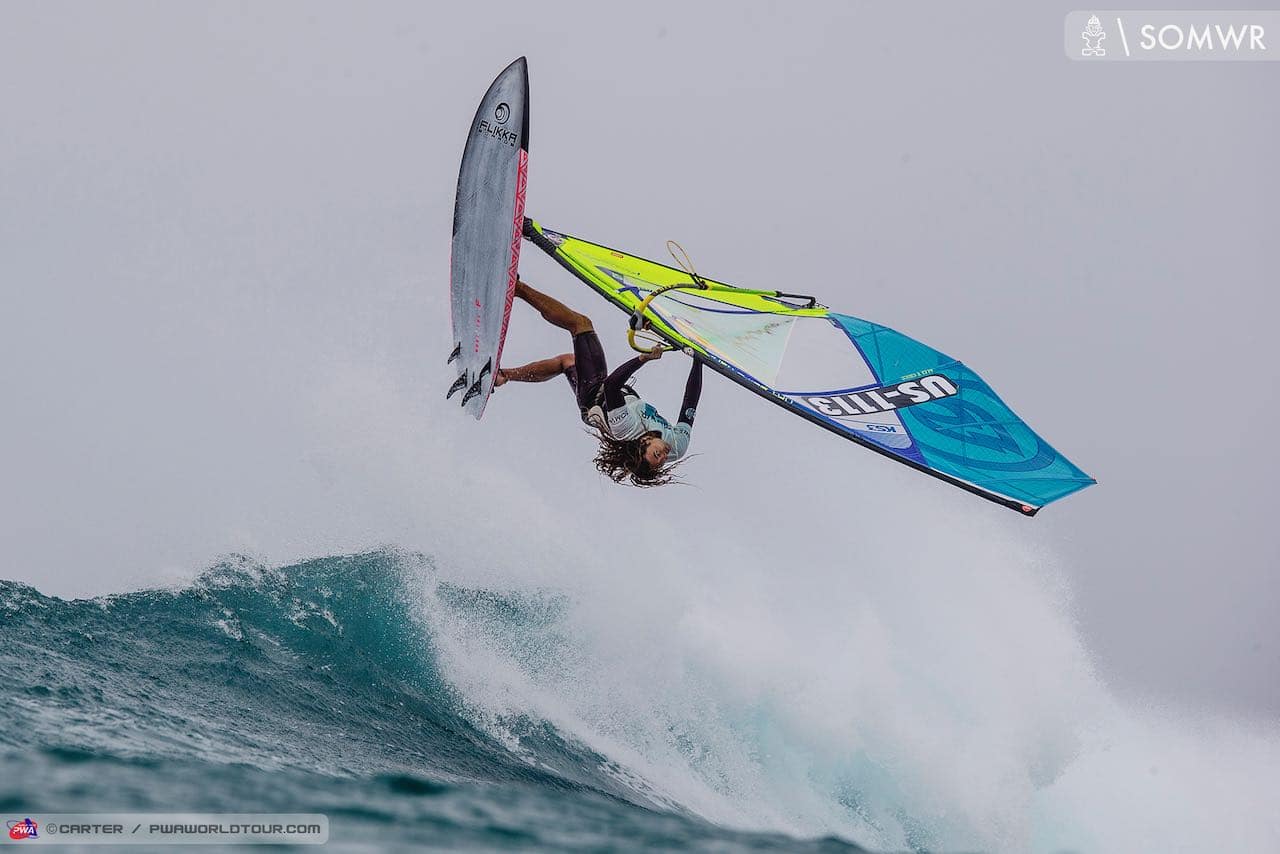 Bernd is inspired by Mark Angulo and almost lands a Mutant (Photo: Carter/PWAworldtour)

Some selected results of Bernd Roediger: