The AWT Pacasmayo Classic 2015, held in the little town in northern Peru with its fantastic left handers at El Faro, was a big success. It was the fifth AWT event out of 7 in 2015 and took place August 23 – 29. Chris Freeman, head judge, was waiting for the right conditions during the event period. Moroccan Boujmaa Guilloul  arrived as the tour leader in front of Kevin Pritchard. The conditions were tricky at the beginning of the event. Just 6 heats in the amateur’s class got finished on day 4. August is one of the months with the best swells hitting the coast around Pacasmayo, but it’s always tricky to get waves and wind. But the last two event days, August 28 and 29, saw excellent conditions and all brackets in all categories got completed. 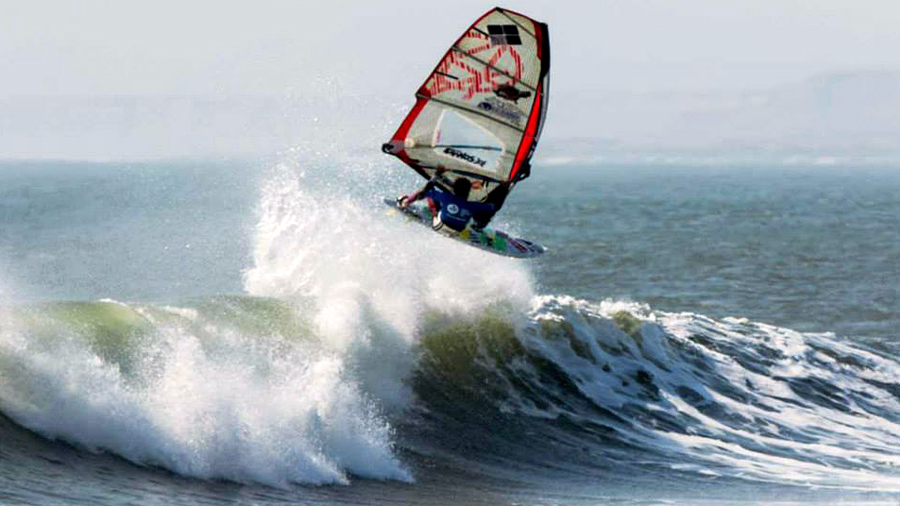 The battle for the overall title 2015 in the pro class is very tight with Boujmaa Guilloul, Kevin Pritchard and Camille Juban battling for the overall top ranks in the 12 pros containing fleet.

At Pacasmayo Morgan Noireaux and Australian Ben Severne, who competed in the AWT for the first time, gave it all to make it on the podium. Boujmaa Guilloul did not manage to qualify for the top 8. Ben Severne showed skills, won his heats and got stopped by Morgan Noireaux in the semi finals. Kevin Pritchard and Camille Juban met in the semis. Camille, who has fully recovered from his heavy shoulder injury, was able to beat the former PWA wave world champion. Camille Juban, who sailed the longest wave ever on a windsurfer at Chicama, a spot nearby, battled with Morgan Noireaux in the final. Camille, who already won the first event on Sal, Cabe Verde earlier in the season fought down Morgan. He won with the highest heat score of 19.03 points. Kevin Pritchard and Ben Severne were fighting for the remaining spot on the podium. Kevin managed to win the battle, but stated  “Camille Juban just kinda destroyed us. Ha ha…!” 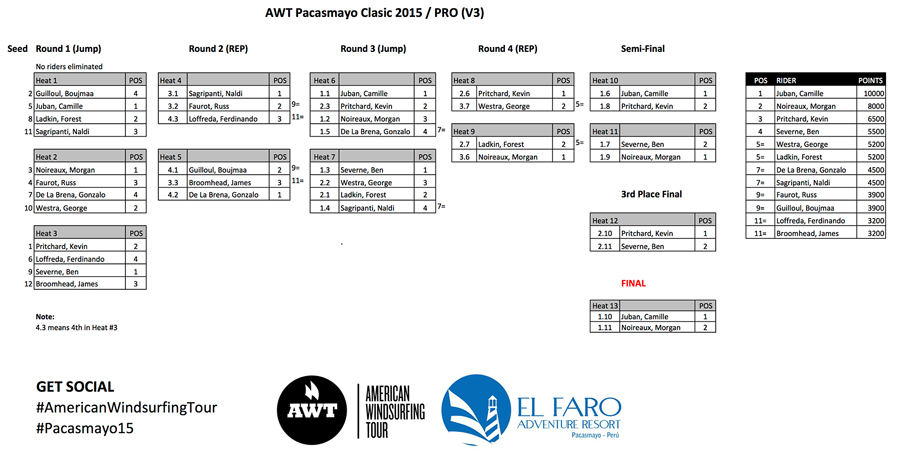 The bracket of the pros

Actually it’s a quite tight battle for the tour title in 2015. Boujmaa Guilloul left Pacasmayo still in the lead with 28400 points, just 300 points ahead of Camille Juban and 900 points ahead of last year’s tour winner Kevin Pritchard. The final last two events at Hatteras and on Maui will show, who will win in 2015.

James Broomhead aka “Milky”, designer at Severne Sails, showed that he definitely learnt how to wave ride in Western Australia and won the amateurs class in front of Alessio Botteri and Tom Soltysiak. The amateurs were the strongest group of competitors, counting 16 riders.

The next AWT event will be the Hatteras Wave Jam in North Carolina, September 21 to 26. 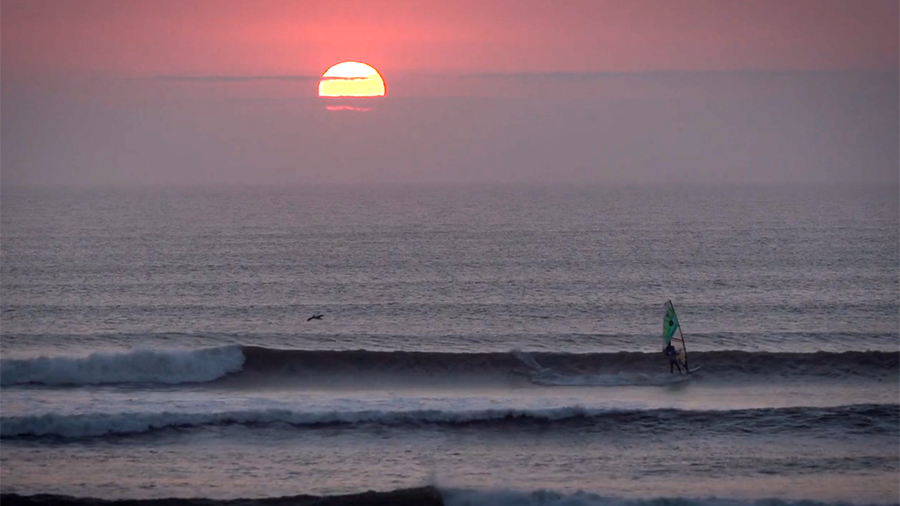 Have a look on the tight pro rankings after 5 events:

….and he won the youth category!

Yes, this info was already in the article.

Hi, just to clarify, Alessio Botteri was 2nd. at the amateurs class. Thanks!

Sorry! We just have changed it.