Sarah Hauser and Forrest Ladkin are the winners of the Pacasmayo Classic 2016, which took place from August 14 to August 20 in Pacasmayo, Peru. According to the AWT, they scored an incredible week with epic conditions almost every day of the competition window. The forecast delivered and riders in all divisions were treated to conditions ‘as good as they get’ for Pacasmayo. 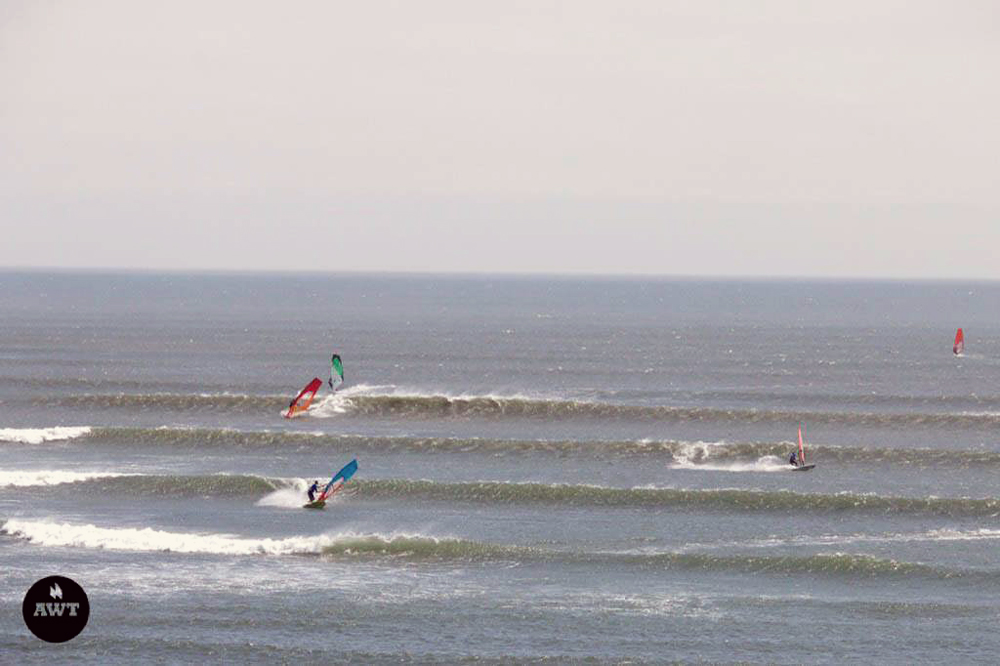 After 4 days and over 17 hours of competition time, it was time to celebrate. Without a doubt the Australian crew had something to be proud about as they cleaned house, taking top spots in 3 divisions. Jason Cater took the Masters division, Ben Johnston the Amateurs, and it was Forrest Ladkin narrowly edging out 2015 PWA Youth World Champ Moritz Mauch for the win in the Pro division, and Russ Faurot taking 3rd. A few top ranked riders like Boujmaa Guilloul or Kevin Pritchard did not participate in Pacasmayo, Peru this year. The Moroccan Boujmaa Guilloul still leads the overall rankings and has a good chance to win the 2016 AWT title in the pro men category, if he will do ok in the Aloha Classic beginning of November. Morgan Noireaux is currently sitting in 2nd and Kevin Pritchard in third position. Russ Faurot follows in 4th. 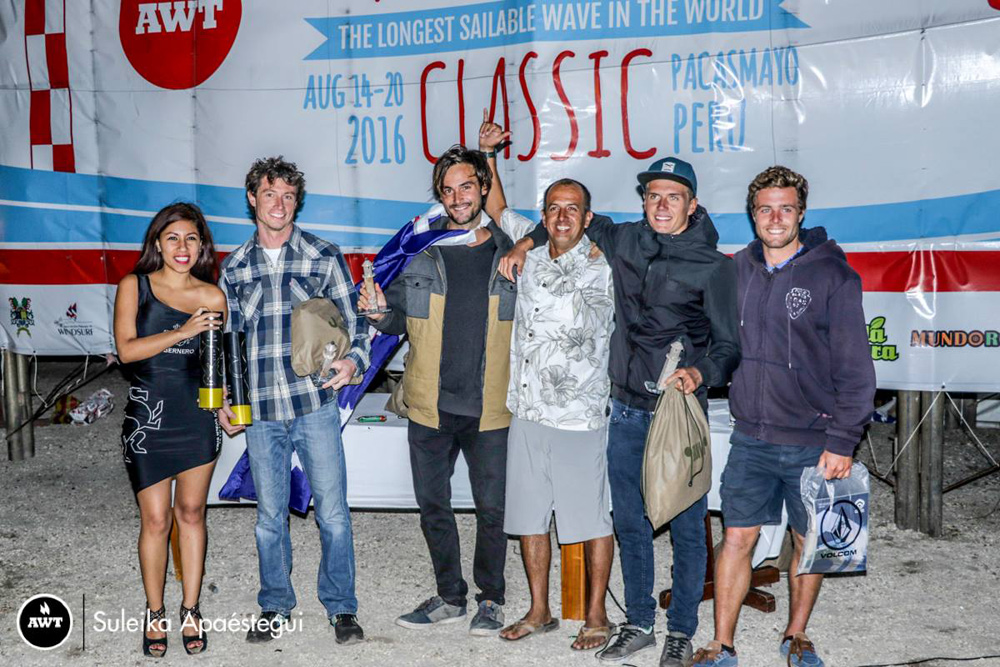 The men pro winners at the AWT Pacasmayo Classic

On the women’s side it was Sarah Hauser taking 1st place over Bettina and Maria Belen of Peru. Sarah was quite surprised and overly elated with the win in the new location for her against the ripping locals. This also evens out the points for the Women’s title race as Sarah Hauser and Ingrid Larouche are now tied for 1st heading into the AWT NoveNove Aloha Classic. 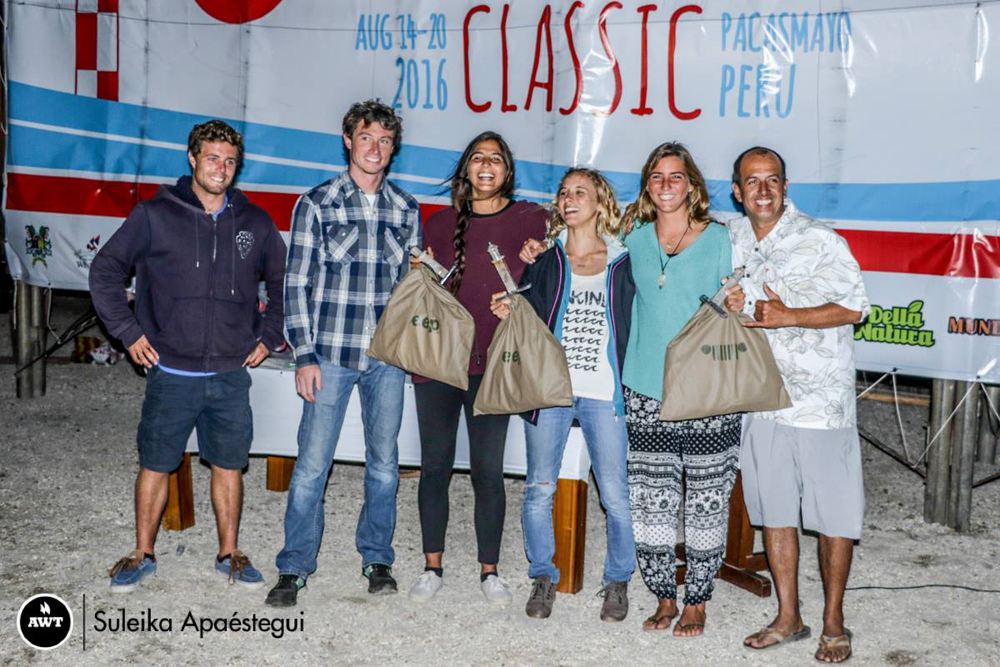 The top ranked ladies at Pacasmayo.

The Youth’s were one of the most exciting divisions to watch, catching more waves in their heats than any other division, and having some of the closest point differences amongst the riders moving through the heats. The Israeli boys were on fire, as well as local Peruvian National Champ Alessio, and Oahu native Kimo Brown as well. But in the end, it was Moritz Mauch who displayed consistent power, style, and flow through all his heats and in particular the final which gave him the win over his fellow peers.

Finishing out the divisions it was Jamie Brown from Oahu, winning all his Grand Master’s heats to take the win for the division.

The awards, led by Jaime, was followed by a night of BBQ, games, drinks, movies, photos, and good times hosted at the El Faro Adventure Resort.

With the 2016 Pacasmayo Classic wrapped up the focus is set on the final event of the 2016 season, the Aloha Classic, which will run from 31st October till 13th November 2016.

The view on the spot

An overview on the spot

A view down the line

Pacasmayo at its best

The judges had a lot of work

The groms watch the action

The top ranked ladies at Pacasmayo.

The men pro winners at the AWT Pacasmayo Classic 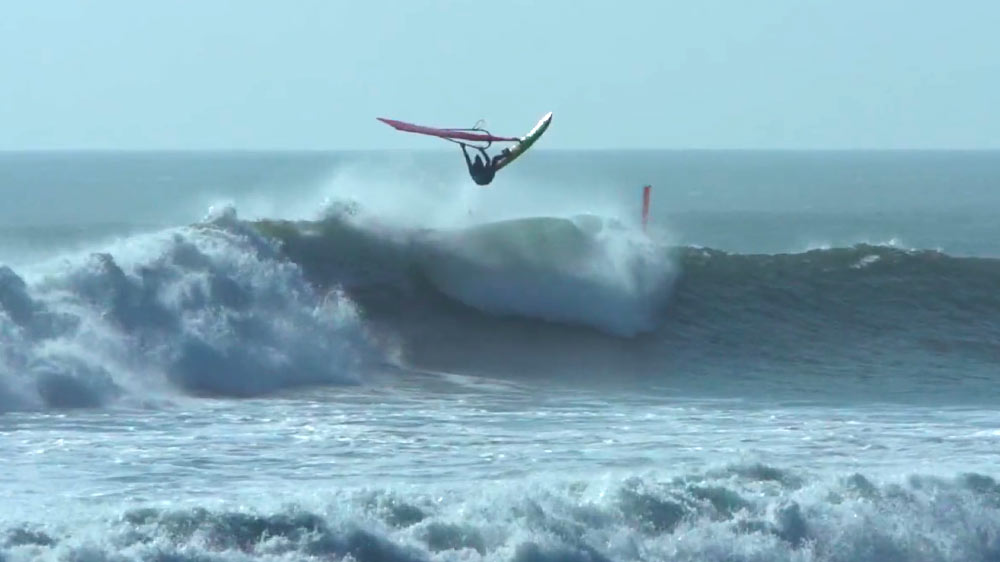 Pacasmayo once again proved that it has the longest sailable waves in the world. Riders enjoyed wind and waves every day of the contest, getting 15+ turns on one wave.