Kevin Pritchard won the single elimination of the pro men’s fleet in front of young, super talent Bernd Roediger and current AWT tour leader Camille Juban. We have caught up with Kevin Pritchard for a quick interview. 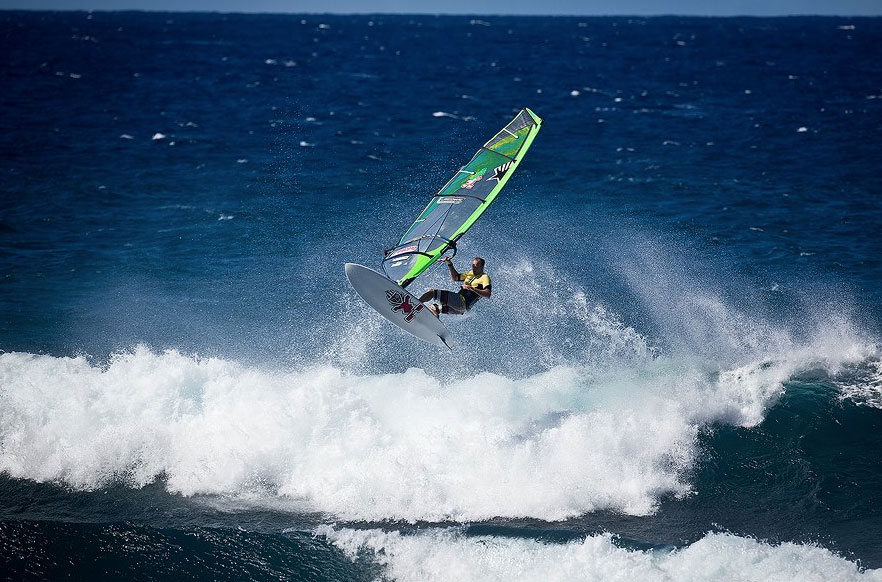 Continentseven: Congrats Kevin! How is your feeling after winning the single elimination at the AWT Maui Makani Classic?
Kevin: So happy, little surprised, very happy, and a little tired:)

C7: What were the conditions like? On the live stream the waves looked massive.
Kevin: Yeah, great conditions for sure. A classic Hookipa day, with good wind and waves, the heats were nice and long to give everyone time to catch waves and have some fun. The first day was huge! The wind was light, the waves were big, it was insane, haven’t had a contest like that in years. I am super happy that the AWT scored like this for the final event of the year. I know Sam Bittner has put her heart and soul into this tour, doing it for the love, and to see it all come together, having tons of people cheering on the cliff, my parents at the beach, so it was pretty fun for me to have an event in my back yard.

C7: The harder and tougher the conditions, the more you like it?
Kevin: I think it is more that I like it a little bit more than the other guys. I still like a great session in perfect conditions!

C7: You took part at all 5 tourstops of the 2012 AWT tour. The Makani Classic is the sixth event and you made it straight on top battling it out against very stronger competitors! Did you miss these battles against strong, world class opponents like Jason Polakow?
Kevin: I guess so, it is amazing when you get the waves, you just connect the dots. To go out there and compete with guys like Jason Polakow, Francisco Goya, Levi Siver at Hookipa, it doesn’t get better than that, having fun with the legends of our sport.

C7: You are off the PWA tour for a while, but you are still able to keep the instinct for competition!
Kevin: It is pretty funny that when you stop competing after such a long time, some people think you never windsurf. It’s just now, I get to pick the best days to go out and get the goods. For this event, I just went out there and did what I knew how to do. Nothing special, just had a great day at the right time. Was fun!

C7: Which heat was the hardest one to advance?
Kevin: You know, every for me was like a final. I had a go at my brother when I saw the elimination ladder and was like “what’s up with that??” Polakow just get’s thrown in my heat, along with Siver in the next heat?? Who on earth did that seeding? I was kinda pissed, but then I don’t know, maybe that helped me. I knew I had very little chance to take out the King of Hookipa Levi or the big wave master Polakow, those guys rip so hard. So I was a little intimidated. Maybe it just gave me the right mindset to go out there and rip it up. If you look at the elimination bracket every heat was tough. My first heat of the day was JP, Siver, and Leo Ray. Levi and I advanced to take on Browne, and Goya. I mean that is the toughest heat ever. It is like a final right there. From there on, it was just icing on the cake. In the final, I just kept getting wave after wave, I was like, I got to slow this down, I am getting tired. I was looking to show a taka or 360 in the final, but I just couldn’t line it up. So I ended up just getting solid airs and good wave rides. I was stoked but I really wanted to throw out a new school move, just for show.

C7: Which gear were you using during your heats and it looks, as you were always on a single fin board?
Kevin: I was using a Ezzy Panther Elite 5.3 and in the final a 5.0, pretty powered up. I used my Starboard single fin the entire day and was really happy with it. Was fun to put the single fin up in that top spot and rip with it. I guess the single fin is not dead after all!

Check out the ladder: 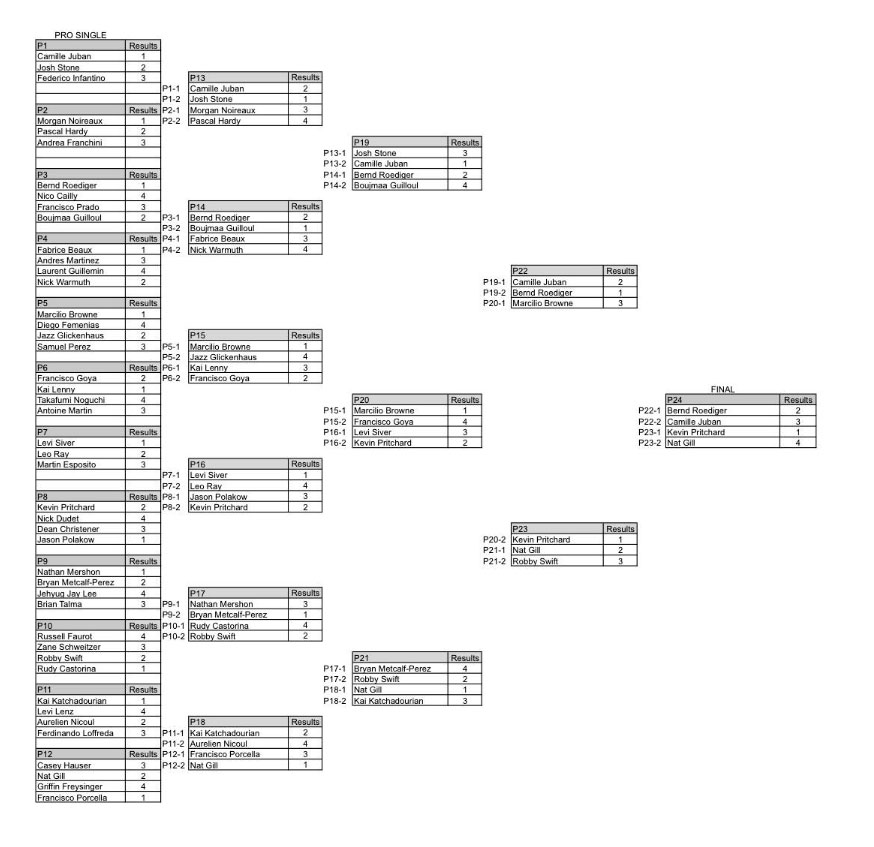 […] You can read our interview with Kevin here […]

Haha single fin owns!!
Quite funny to watch all the quads and thrusters loose…

Yeah Kev, Nice one ! keep it up