There were already rumors about a possible AWT (American Windsurfing Tour) event on Cape Verde last year, now AWT tour director Sam Bittner confirmed the event and it will take place from February 23rd till March 8th 2015. It’s a two week waiting period during a pretty good time in terms of swell and wind. And it’s the first time for the AWT touching ground in Africa and it’s a premiere having an event that early in the season.

The AWT goes into their 5th year and will see 7 wave events on Sal, Santa Cruz, Pistol River, Baja California, Peru, Cape Hatteras and Maui. 2010 was their first year starting with the event at Pistol River. Since then the tour grew to 6 events with the best 4 results counting in 2013 and 2014. Events were held at North America including Hawaii, Mexico and South America. 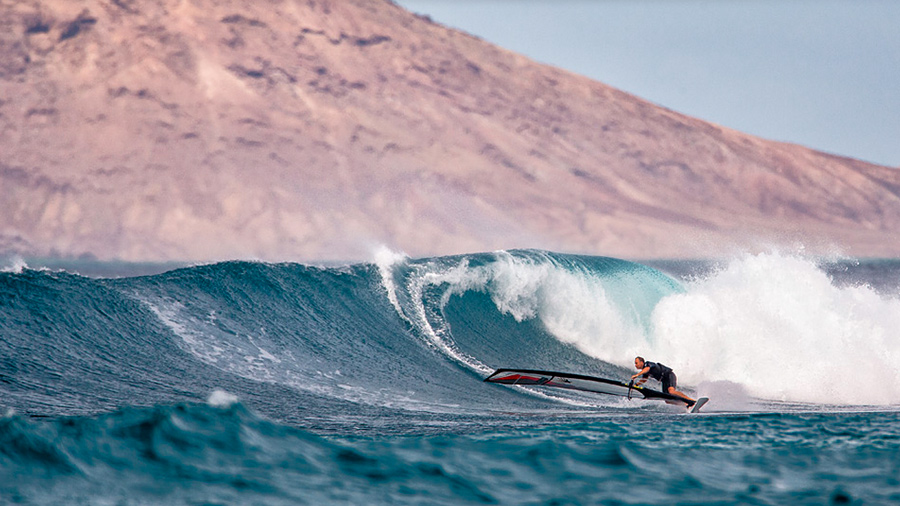 “With the AWT starting its 6th year I am excited to announce a brand new event for the AWT in Cabo Verde. I have heard stories about this magical place for windsurfing and been asked by many to hold an event there.  I have been communicating via email with Cabo Verdean local Vickey Abbot for years on the idea and when we finally met in San Carlos last summer the dream started to become real. With the incredibly hard working Vickey, the event has become official.  My ticket is booked and I hope to see you there for this exciting adventure to kick off the 2015 tour.” AWT director Sam Bittner

“With all of the Goya Windsurfing team we are super excited to help bring back the Cabo Verde event, since our first visit back in 1997 we got to experience Ponta Preta, and to this date every wave that we rode, have been measured to that standard. Almost 20 years later, this dream is more alive than ever and we can hardly wait to see all the riders having the time of their life.

How did it all happen?

While we were waiting for wind last year at the Goya Windsurfing Festival in Santa Cruz we started dreaming of where we could show our sport best, it was unanimous once “Cabo Verde” came across, Levi, Braw, Bernd, Josh, all said “We are there”. We are all looking forward to communicate windsurfing in the most beautiful form, and what could be better than Cabo Verde. Also being on February, right in the middle of the long wait between the Aloha Classic and the AWT & PWA summer events, we believe there will be enough media coming out of to keep wave sailing moving forward for years to come. Thank you for everybody for making this possible, specially Sam, Vickey, Brandwave Marketing, Cabo Verde Government and all its people. Thank you!” title sponsor Francisco Goya

There will not be a live cast due to lack in high speed internet. You will have to come and see it in real life! We will also be making videos of the event as well. Hope to see you there!

Thanks for the answer Sam! I guess we’ve become spoiled these last few years, but it’s so damn addicting! Hope you have some awesome conditions and get in the island’s mood. Looking forward to seeing all the footage from Cape Verde!

Does anyone know whether there will be any live streaming?