The Spaniard Antxon Otaegui wins not only on european level, he could now claim the victory on Sylt. In difficult conditions with high shore break, waves, wind lulls and rain the competitors made the best out of the situation. It was not easy to find flat areas to stick the moves. Some of the riders just made their tricks on the bottom of the waves. 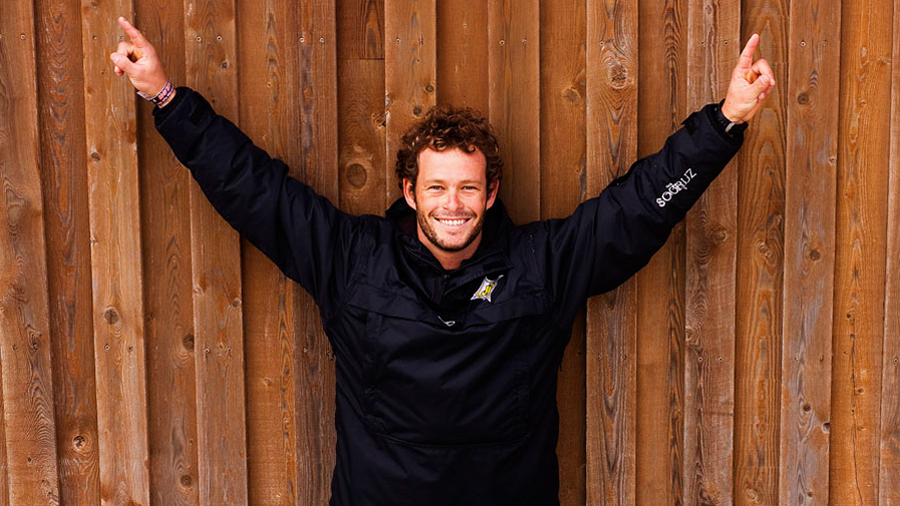 The wind was light, around 12 to 15 knots and picked up further outside or while some heats up to 20 knots. But it was enough to see a great show. Sure, the bigger riders had a disadvantage. Watching the action from the beach I felt pain seeing the sailors crashing in the big white water barrels. Some people crashed gear, like Jakub Kosmowski, who ripped a rigg. He just arrived before at the beach on time. In the first two rounds some sailors had troubles to sail upwind and start their heats on time. The current was too strong, the wave stoo big and the wind too light.

Most of them used sails in between 5,0 and 5,7 m and freestyleboards in between 90 and 100 liters. The creme de la creme had less troubles to handle the shore break and the light wind conditions. Ricardo Campello was definitely on form, but Kiri performed a bigger repertoire of moves. Gollito sailed with solid style and kicked out Kiri in heat 31b and sent him to the b-final. Tonky, who performed a nice mix of airmoves and sliding action lost against an explosive sailing Antxon, the current EFPT champion.

Tonky and Kiri had the best wind period of the day in their b-final. Kiri kept the nerves and took the victory over Tonky, who beat him on Fuerteventura in some heats. Antxon, who outplayed Marcilio, the only opponent of Gollito for the this years PWA freestyle title, in heat 29b, started the final very dynamic. Gollito needed some time to perform his tricks. The big cloud from the heat before had passed the competition area and some sun came through. So the wind was down again and gave the both finalists a hard time out there on the Northern sea.

Video and statement with Antxon Otaegui