French top freestyle windsurfer Antony Ruenes got injured during the PWA Freestyle event on Fuerteventura. On July 26, during a free windsurfing session he crashed a Pasko. At Fuerteventura he did not know, which injury he exactly had, but after a checkup in France he got diagnosed with a broken ligament, which is located between the tibia and fibula, the Tibio fibula antero inf ligament. To secure a good result he kept on competing with his injured foot. Luckily Antony is a physiotherapist himself and knows what to do to be fit for the freestyle final on Sylt at end of September. Antony: “It didn’t feel too bad at Fuerteventura. It looked like it wasn’t such a bad injury, but everything changed when I got the message of my doctor that I broke a ligament in between the Tibia and the Fibula, the two main bones. That was a bad news and a real shocker.”

We met Antony to speak about his injury. Read our interview below. 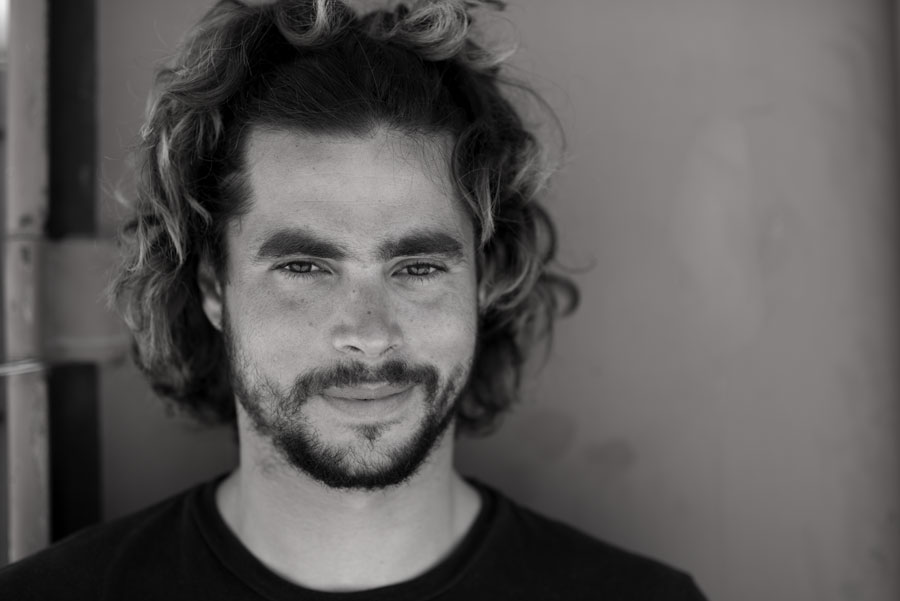 Continentseven: How was the competition for you at Fuerteventura?
Antony Ruenes: It was hard. It started good. I made a second place in the first single elimination and was really happy about it. In the first double elimination I had a not a good heat and I lost against Dieter van der Eyken. I was a bit pissed went training after my heat and got injured. This was really stupid! At this moment I thought the competition was over for me. I could not sail anymore. I was lucky to have my father and my girlfriend here, who is a physiotherapist, too. And I had good doctors at the Costa Calma with Carola and Norbert. I went straight to them, let the ankle check and they made x-rays to see what I had. We waited till the next morning to make a decision, if I were able to compete. I went back to them and we said I had to try to sail, because it was very important to keep the place from the first elimination as there will be no discard in 2015 with just 3 results or even 2. We don’t know yet, maybe there is no wind at Sylt. It was really important to keep fighting. I took painkillers and got taped up very well. And I went on the water. It was really hard! And the bad kept on going. We resailed my heat against Valentin Böckler three times. It’s like this, but I had to go for it three times. One time it got cancelled because of the wind conditions, one time the judges missed moves of mine. When they miss moves, it’s the rule that they have to re-sail. Luckily I managed to pass into the next round at the third attempt. Then I fought against Davy Scheffers, but lost. I had too much pain. In the second double elimination – it was two days after the crash – it wasn’t better, but I was a bit more confident as I sailed the day before. I knew I could push a bit more. It was really painful, but I still managed to pass two heats. So I got 9th in the second double and combined with the second place in the first double I secure a good result  finished in 6th overall. In total I only lost a few places, but I think I really learnt a lot during this competition at Sotavento. I really learnt to push myself, keep on going even with pain. It was a really hard competition for me. One of the hardest one so far in my career. But I am happy!

Continentseven: How did the injury happen?
Antony Ruenes: I tried a Pasko one handed and I think I crashed on the next wave. I got a lot of impact on the back foot (right foot) from the board. I immediately thought I broke my leg on that crash. It was a real hardcore crash and I also broke my board.

Continentseven: How are you doing now?
Antony Ruenes:  As the front ligament is completly broken and the back one is damaged, I got a cast in the beginning. I am not allowed to put weight on the foot till beginning of September. If everything goes well, I’ll start a mega intensive rehab beginning of September to be fit for Sylt. The doctor said that it was makeable for Sylt, so I registered, but he also said that I was lucky, because the almost needed to operate. We cross the fingers and I will do everything to make healing faster and we will see. What I know is I’m more motivates than ever and do my best to be 100% fit in Sylt. 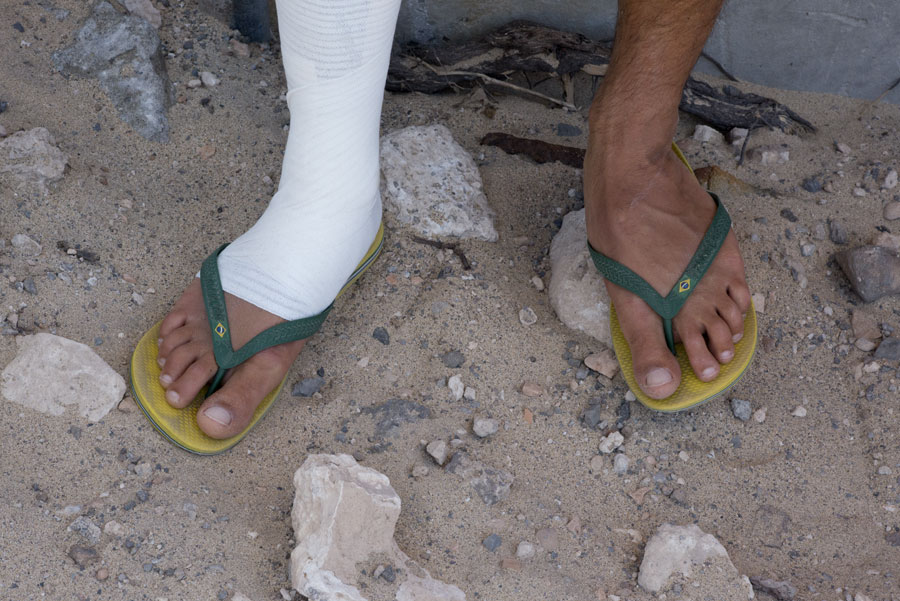 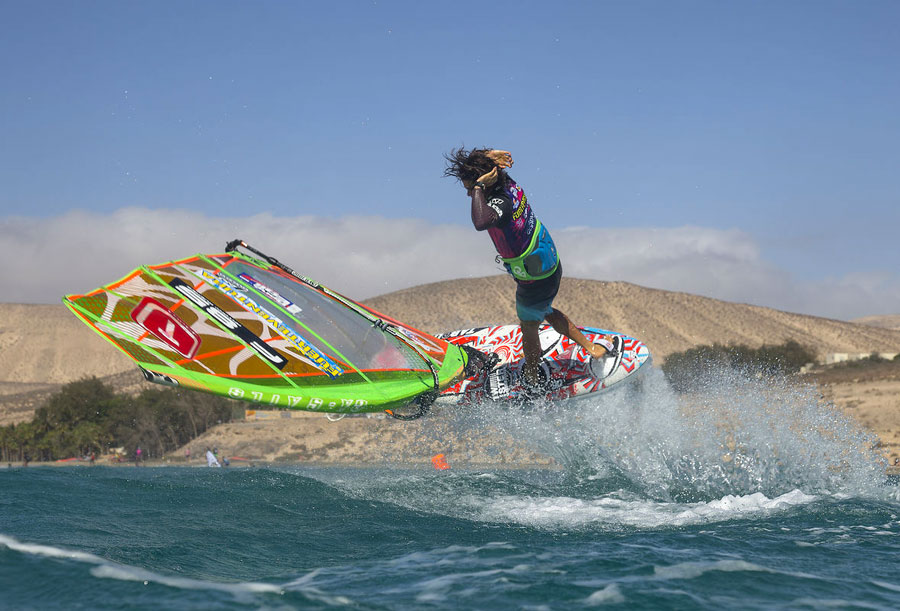 Continentseven: You have been in the freestyle circuit for a a very long time now. I remember, we met for the first time at a Young Guns camp at Lake Garda, you were 12 years-old this time. A few years later you landed huge Shakas at Pozo in the freestyle competition and just a few weeks ago you won the EFPT freestyle competiton at Lanzarote at Las Cucharas. How was that for you?
Antony Ruenes: It was crazy for me. I think, the last event I won was a national French event. I never won an international event. I was battling it out with Lanzarote. I was really happy. It was great competition with excellent conditions with waves. We were able to jump Pushloops and Shifties. Some riders were going even for double Forwards. We really had conditions I like a lot. It was fun and I really was warmed up for the Fuerteventura World Cup event and felt so confident. But life is like it is. You can be ready, but you never know what will happen!

Continentseven: What are your plans after Sylt?
Antony Ruenes: I will try everything to be ready on time and then do maybe the EFPT event at Brouwersdam, which starts just 3 days after Sylt, but I will definitely miss the EFPT event in South of France. I would really love to be there, but the problem is that I really want to train in Brazil, too. I wanted to train for a long time there to get a really good steady level. I want to be on the water almost every day for 2,5 months. I really would like to be at Le Brusc as Adrien Bosson and his father Frederic really try to push the competition there and I really would like to be there, but the problem will be the timing. I am not sure , if I can be there, but I will try. 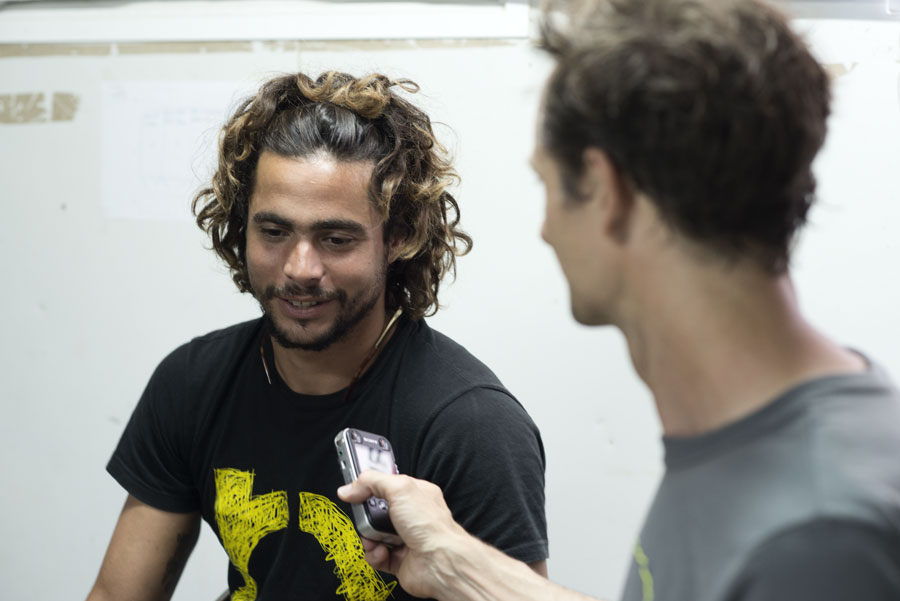 Continentseven: The French windsurfers are winning the world titles in Slalom and last year Thomas Travesa won the wave title. How is it about the Freestyle title. Will you win it one day?
Antony Ruenes: Of course, after so many years on tour, it’s like a kids dream to win one day. It’s a big achievement, but what I really want is to keep pushing my windsurfing. Like Thomas said, you don’t think about winning, it comes by itself. But we are all here for winning, and maybe one day I get it. Everything must be going well at one moment and one day, maybe…

We wish Antony a quick recovery and really hope that he will be able to compete at the PWA freestyle final on Sylt at the end of September.

Nasty injury!! You’re lucky enough not to need an operation! Poor Robby Swift got operated for the same thing a few years ago. Hope you heal well!
By the way, continentseven’s interviews are getting better and better!