Antoine Martin is a real daredevil in waves and doesn’t care when the conditions get extreme. He usually takes the full risk regardless of the consequences of a hard crash or big wipe out.

In 2019, after many years of competing, he won the prestigious Aloha Classic in Maui, the International Windsurfing Tour tour (for the second time after 2018 by the way) and finished the PWA overall wave ranking in 4th. But despite his great international results he didn’t receive a lot of phone calls from sponsors after his successes. Of course, the windsurfing industry suffers from the corona pandemic, events get cancelled and the profession “windsurfing pro” is kind of losing importance.

Anyhow Starboard Windsurfing started a collaboration with the 27 year-old rider from Guadeloupe. We managed to catch Antoine aka “Titouan” in between his wave riding sessions at home for an interview.

One bad decision can ruin your entire career in a second. Due to this it was several months of negotiations and management for my future.Antoine Martin 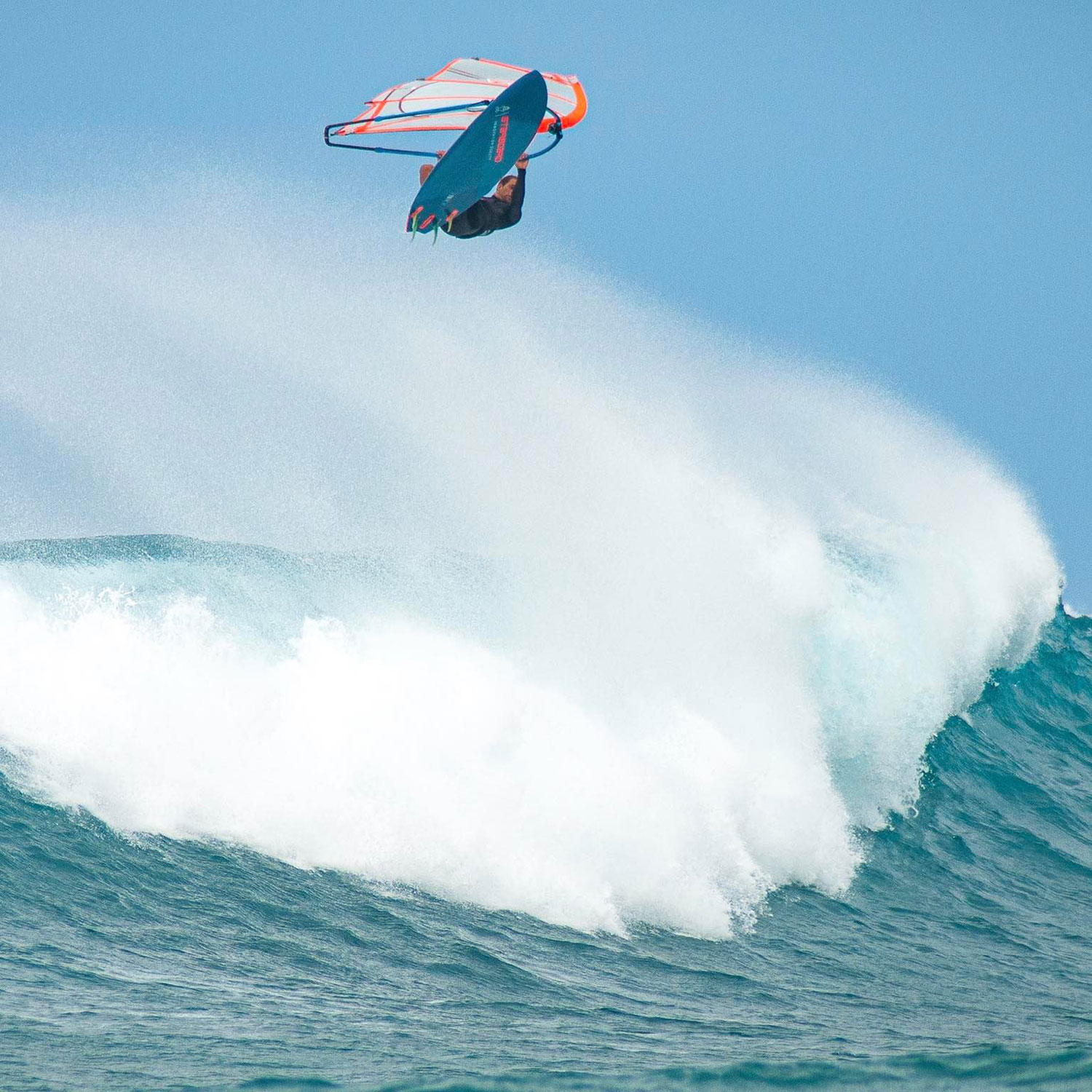 A huge Aerial by Antoine Martin

Continentseven: Hi Antoine, how are you doing? Guess you spend spend a lot of time at home in Guadeloupe due to the pandemic?

Antoine Martin: All good! Thanks! Yes actually pretty much the whole time in Guadeloupe except for the Wave Games in France last year.

C7: After many years with JP/Neil Pryde you announced on January 4th, 2021 that you are going to leave these brands after 13 years of collaboration? Was this a hard decision?

AM: Oh man! Definitely. You know windsurfing is a small industry, we are always on the edge on every decision we make. One bad decision can ruin your entire career in a second. Due to this it was several months of negotiations and management for my future. I think the pandemic played a big factor in my decision.

C7: You had your biggest success on these brands in 2019, winning the Aloha Classic and the IWT plus a 4th overall on the PWA! Is it better to change when being on top?

AM: Well I don’t really have the answer to this. All of this came unexpected. It’s normally good to keep the gear you are winning with but at some point changing was maybe the right time for me as I was on top. My mind is always on two opposite sides. Between being consistent and take risks, I have decided to start over and try something new! Let’s see what the future will bring!

C7: Did you have a lot of offers from companies as you are not only a great competitor. You take a lot of risk in free sessions and you are a super radical photo/video rider

AM: Actually not really.. offers never come at the same time so it make things more difficult. I paid the price when I left JP in 2017 and didn’t find a good proposal afterward.. it has almost ended my career. (Editor’s note: Antoine competed without equipment sponsors after his decision)

C7: Now you joined Starboard, one of the leading board brands. A few big names like Philip Köster or Jaeger Stone left the brand at the end of 2020. Now, you are the top male wave rider in their international team. It’s the first time in your career you are in that position. Is that something you were looking for when you made the decision?

AM: Well, I felt like I was already in this position when I left JP/NP. No I didn’t really mind. Actually I would have been super stoked to have Jaeger or Philip in the same team. You know with the JP Team after many years of collaboration, the team was really welded so no one was actually pushing others down, it was a really good experience because we all pushed each others up in any case.

C7: You are 27 years now. Do you feel you are ready to take responsibility as kind of a team leader in waves?

AM: I’m still young and wild but I have quite some experience in this industry cause I started early. So I would be stoked to help all these youngster in the team to succeed. I was lucky to have Robby Swift as a mentor as a team manager so I’ll do my best to bring it for the Starboard wave team. 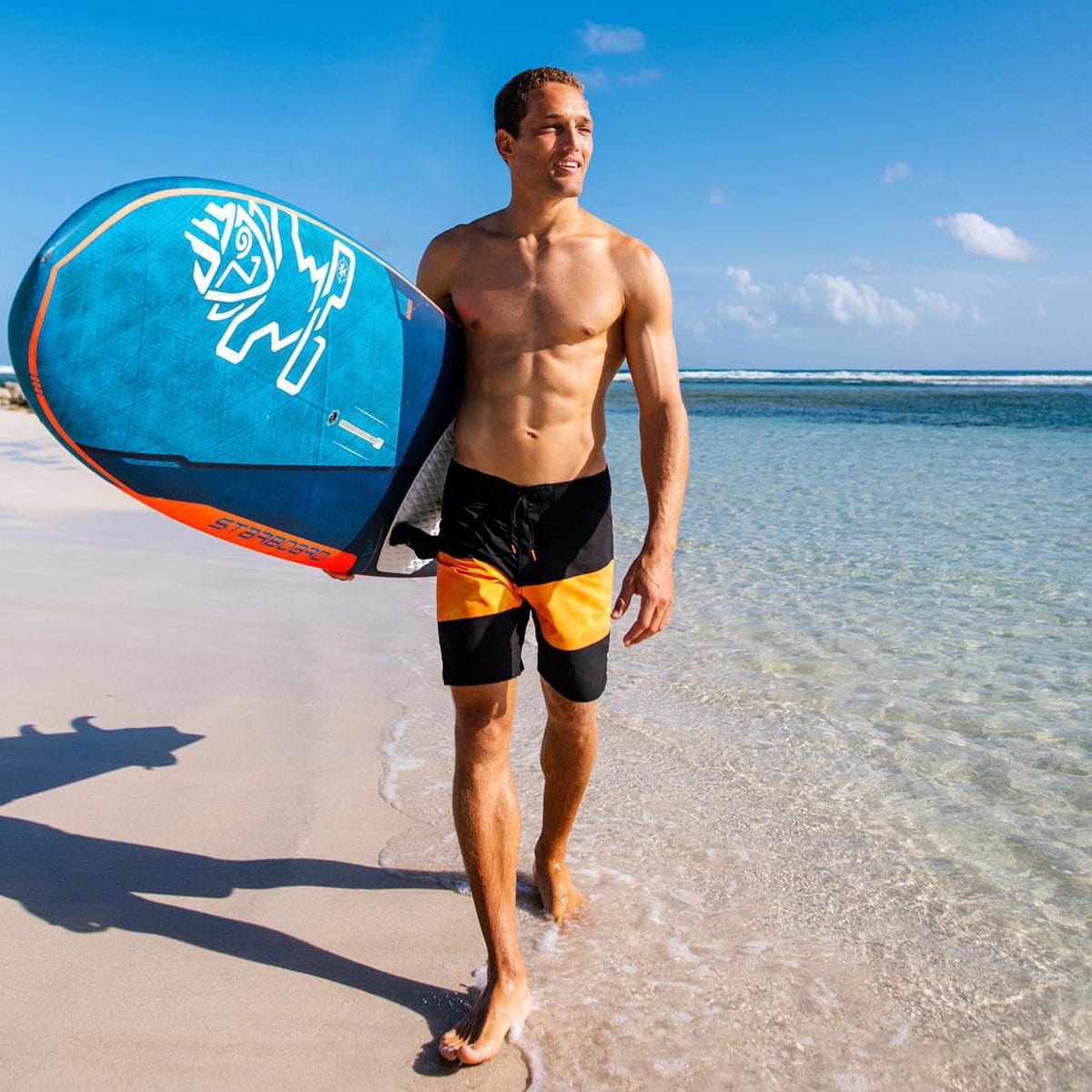 I’m trying to make a board that will work pretty much everywhere, from onshore to offshore, from small waves to big waves.

C7: Of course you’ve received and tested your new boards, who were developed by Mark & Jaeger Stone and Albert Pijoan,  already. How do you like them?

AM: Yes I did try them! I was so confused at first cause they are so different from what I was used to ride! But now I’m getting into it and I take note of what I would like to bring up on my future boards!

C7: You said, you will make the best to help Starboard developing the best board possible for wave riding. Do you already have ideas how to change them?

C7: How good is your knowledge in board development and testing new prototypes. Was this something you were involved in the past at JP-Australia?

AM: I won’t lie, I feel much better testing out sails cause I’ve been working quite some time with Robert Stroj (NP Sail Designer) and with him everything was easy! With JP-Australia I haven’t been much on the development with Werner (Gnigler) because when I was young I had really good ideas especially for the small boards but he wasn’t really listening to me at that time because I was probably too young, but after a while, I realized that he was listening to me but he would only put my thought on the boards a year later each time because he’s really cautious on each new variation on his boards which is good, but that’s why I focused more on the sails. Something I regret with Werner is that this past few years we finally started to understand each other and wish we would maybe have had more time to develop boards together.

AM: A board that can handle any type of conditions, that would fit on my pocket with a cool graphic and my name on it ahaha ….

C7: Will the boards be rideable for the average wave windsurfer? You have a really extreme style and you use boards with less volume.

AM: Well, I have to see in which direction Starboard wants to go but I hope we will develop a super radical board for the good sailors and one that will be more adapted to a average sailor that still wants a good one but no truck that does’t turn at all! Ahaha…

C7: Are you going to push for Quad boards or Thruster?

AM: I’m going to push the Quad boards. We are lucky to be a fast sport and I feel that the quad can handle the speed pretty well and make the sport progress.

C7: We are in the middle of a worldwide pandemic and it’s more difficult to travel nowadays. There are no wave events on the horizon… How does your timetable look like for the next few months?

AM: Man this is terrible. It’s hard to predict what’s next and make plans for the future but no matter what happens I swear I’m gonna make something great cause nothing better then make people happy through what we are doing.

C7: How do you handle that difficult situation? Is it easier living on an island, where the numbers are low and the climate mild.

AM: I’m handling it pretty well but it hasn’t been easy all the time. It’s hard to complain when you live on an island but sometimes it was hard especially last year when we had the lock-down, my windsurfing wasn’t at the best due to my injuries, I was tripping not being able to travel and ride big waves. But now since a year I found the good pace and I enjoy my island so much. So that makes me super happy and positive for the future!

C7: A last question: Which sail brand will you join?