It is half time at The Aloha Classic 2017. The event saw heats in all 6 categories, in the Pro Men, Pro Women, Amateurs, Youth, Masters and Grand Masters category. The conditions weren’t extraordinary so far, but allowed head judge Ducan Coombs to run heats in all categories and the youth division has already a winner. Takara Ishii took the win on day 5 of the event, his fellow countryman Takuma Sugi made it in second and local Zachary “Z” Schettewi in third.

In the pro category of the men the first round and second round got completed. In the first round Bernd Roediger had the highest score of the elimination (15.04 points), Antoine Martin was second best  with 14.5 points and Morgan Noireaux gained the third highest score (14.17 points). All top names made it in first or second place in their first round heats. The second round got completed yesterday, November 5th. Andrea Franchini had the best score of the second round , with 14.53 points. Round 3 will see a lot of world class heats and we can expect tight battles. Let’s hope the live cast will be on again!

In the women pro category Sarah Hauser, Fiona Wylde, Shawna Cropas and Vickey Abbot won their first round heats and Fiona Wylde had the highest heat score of all ladies (13.43 points). The second round was completed on November 5th. Both Italians, Serena Zoia and Adele Frola, local Taty Howard and Dutch Amanda Beenen qualified for the third round. Taty Howard had the highest score in the second round with 14.33 points.

28 heats are still missing to know the winners in all categories. The IWT managed to complete 70 heats already, what’s more than 70%. There forecast isn’t great, but it should be enough to continue and complete the remaining 28.56% heats. 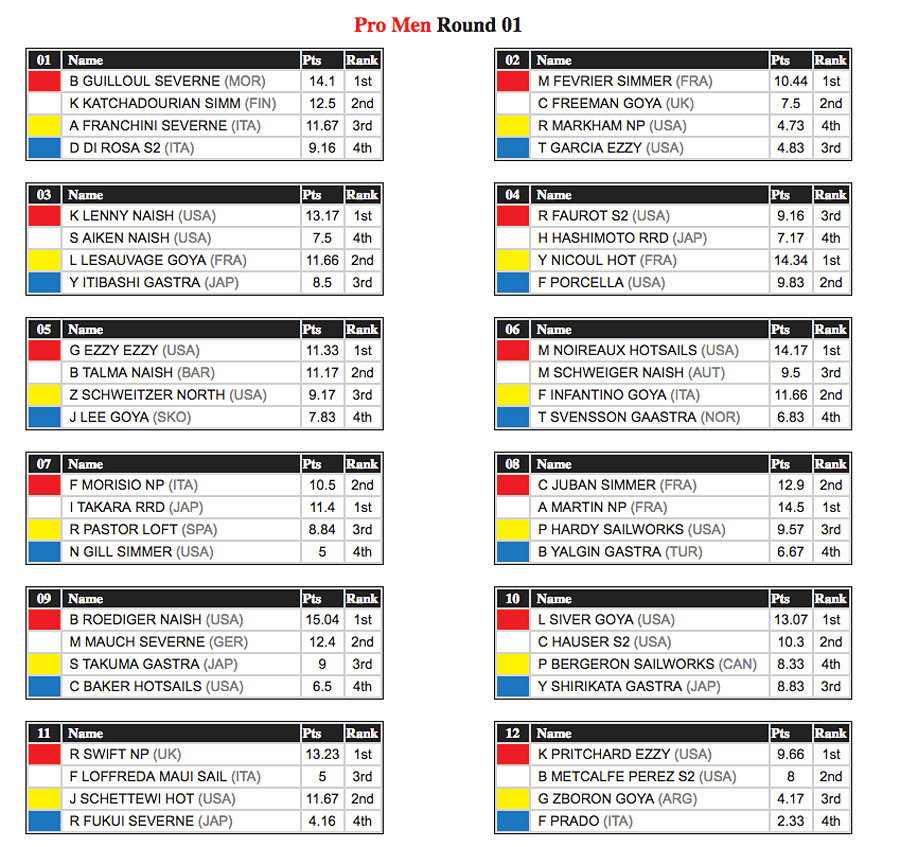 Results of the round 1 pro men 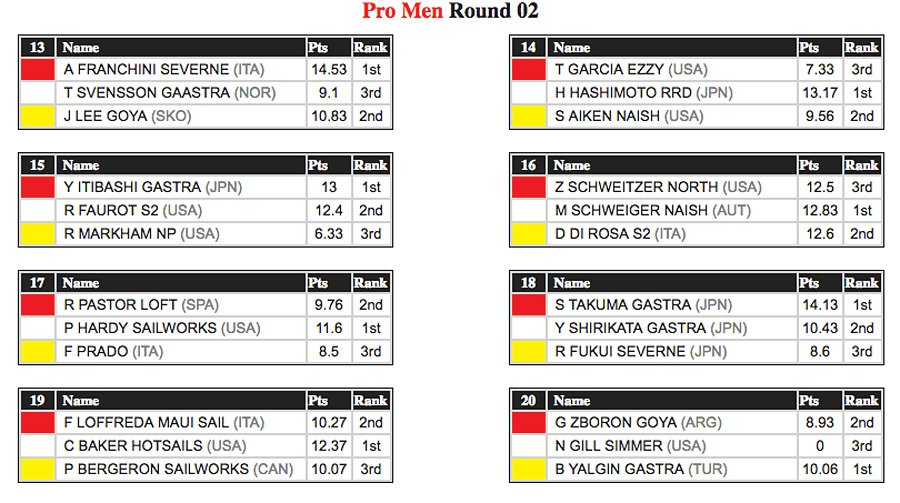 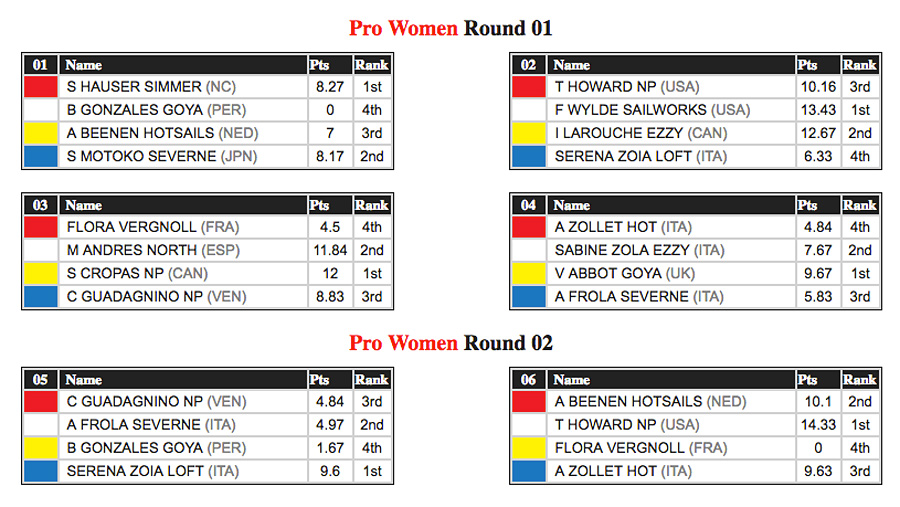