November 11th was the final day of the Aloha Classic 2017 in Ho’okipa. We saw  4 exciting 28 minute long heats with 2 minutes of transition. Kevin Pritchard, Morgan Noireaux,Bernd Roediger and Camille Juban made it into the winners final. Levi Siver, Graham Ezzy,  Kai Lenny and Boujmaa Guilloul did not make it through their semi finals.

The final was a tough battle of three Americans and a highflyer from Guadeloupe. All riders managed to collect a lot of points. In the end two times Aloha Classic champ Morgan Noireaux kept a cool head, changed to a bigger sail during the heat and was the only rider, who collected more than 17 points. He won the Aloha Classic title for the third time in his career. He had a great wave selection and landed a perfect Goiter. Big congrats! On his heels were Bernd Roediger and last year’s winner Kevin Pritchard. Bernd “the Samurai” landed rad Goiters, but missed out to win by a few points. Kevin did not find the waves he had found in his previous heat, but fought till the end, what paid off.

Morgan Noireaux not only won the Aloha Classic. He is as well the winner of the IWT tour 2017 (the best 4 out of 6 results count)  in front of Boujmaa Guilloul and Kevin Pritchard. 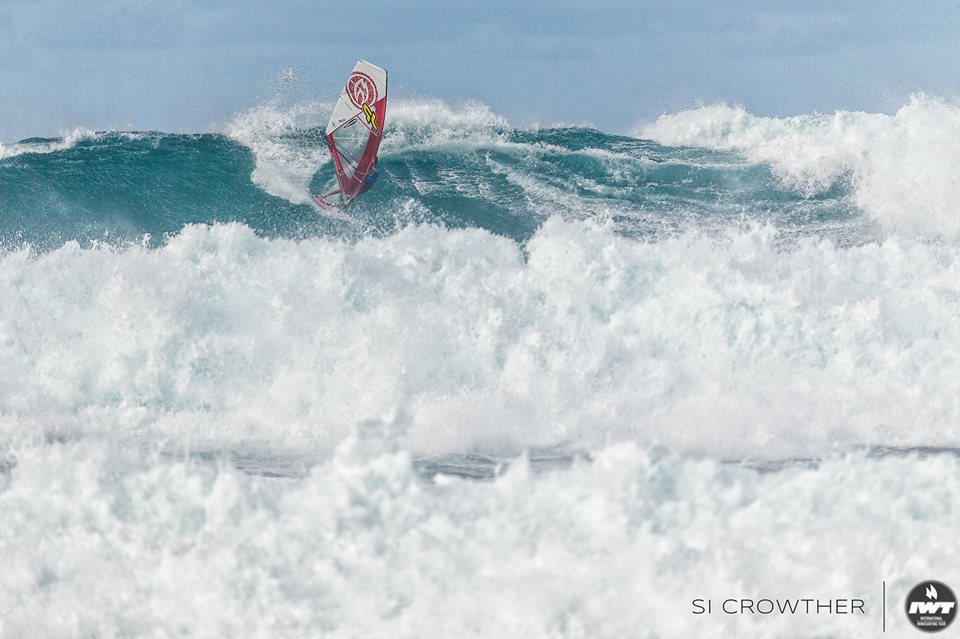 In the ladies final Sarah Hauser was in her own league – she is the girl on the wave who smacks the lips – and collected 17.4 points in the end after a slow start. This year it probably would have been really hard for anyone in the world to beat this lady from New Caledonia, who is a regular Maui local. She was simply on fire! Tatiana Howard made it in second. Again she had a great wave selection. Vickey Abbot made it in a well deserved third place with solid full rail turns. 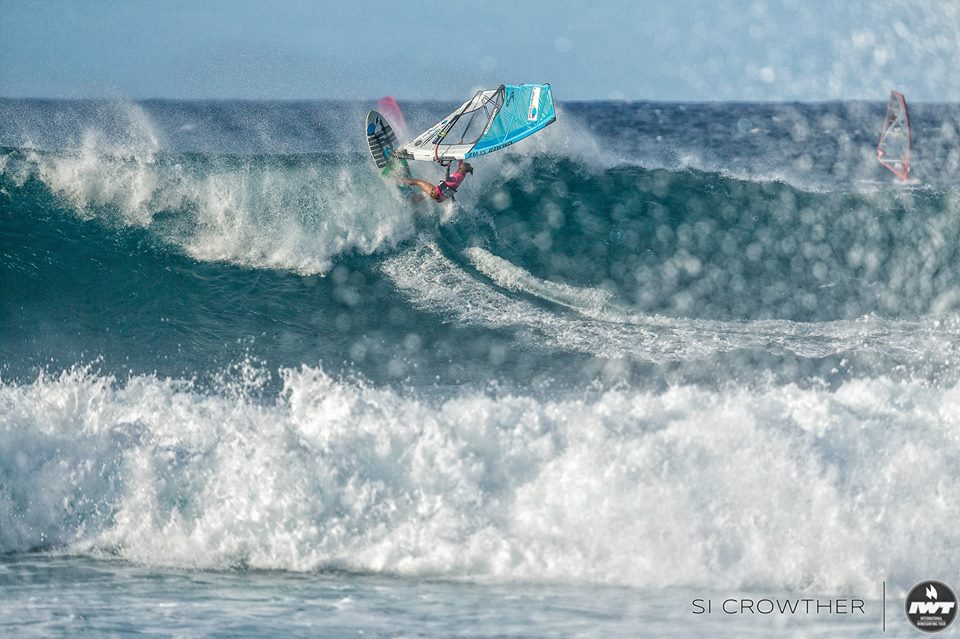 Sarah Hauser made it in third place overall in the 2017 IWT tour. She only made 3 events overall. Annamaria Zollet won the 2017 tour in front of tour organizer Sam Bittner.

yes, for me bernd was best