November 13th was the final day of the Aloha Classic and the wind and waves returned, after 5 days of waiting. It was an exciting final. Kevin Pritchard managed to fend off Marcilio Browne in the super final and Sarah-Quita Offringa made her way through the double elimination to the very top of the ladder.

Kai Lenny wasn’t able to compete as he already has left to Fiji for a international SUP event. But Marcilio Browne was on fire, defeated Levi Siver and as well Kevin Pritchard in the first final. It all came down to the super final. It was a super tight battle till the end. The wind dropped during the heat, Kevin had a higher jumping score right at the beginning of his heat and Brawzinho collected bigger points with his wave rides. KP picked up a brilliant wave just a few seconds before the end of the heat and received 8.50 points for a tweaked Aerial and a one handed Aerial off the lip on one wave. That last wave made the difference. It was the the victory for KP, who defeated a brilliant sailing Brawzinho by less than a point. 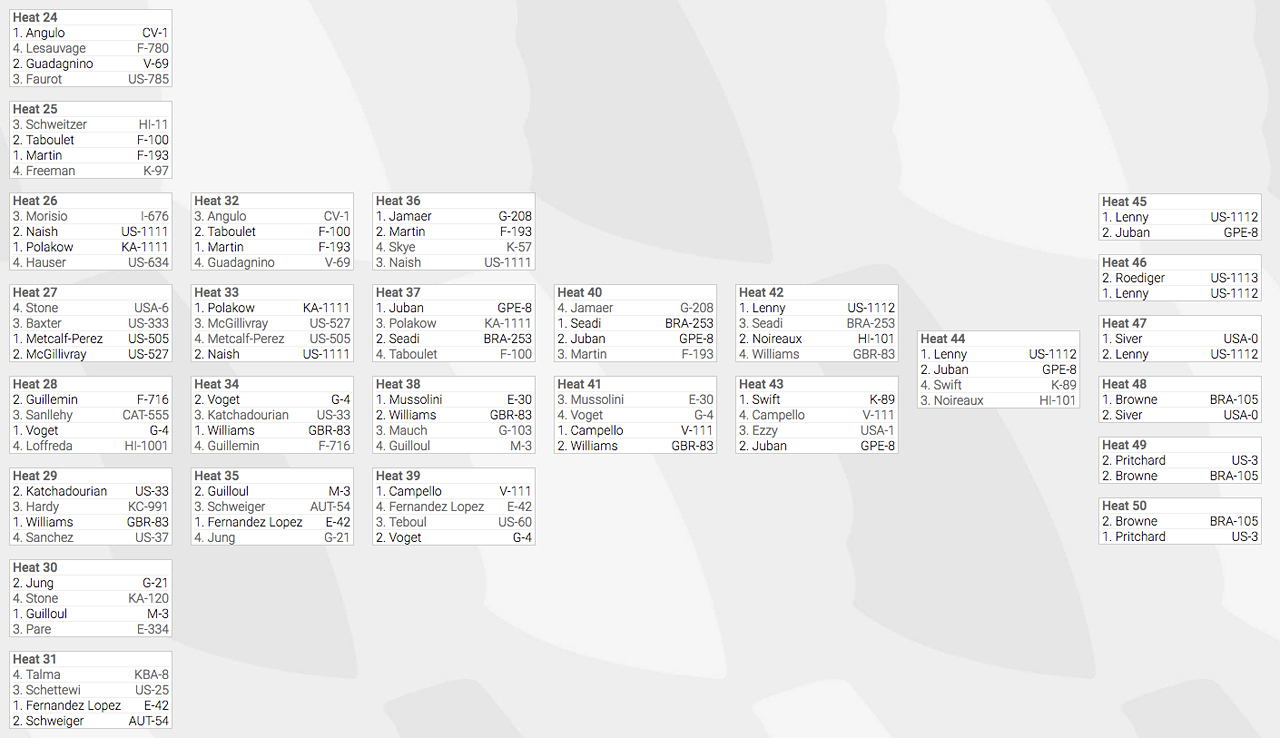 Day 13
Final day. The wind returned. Sarah-Quita Offringa and Kevin Pritchard sealed the deal in their super finals and are the 2016 NoveNove Aloha Classic champions!!! The party can start!

Day 6
On day 6 we saw the continuation of the men’s double elimination. The conditions were still pumping with solid mast to mast and a half high sets still pounding Ho’okipa. Almost every heat could have been a final. 8 riders are left in the men’s double elimination. Kai Lenny, Camille Juban, Robby Swift and Morgan Noireux will compete in the next heat of the double elimination. Bernd Roediger, Levi Siver, Marcilio Browne and Kevin Pritchard are the riders to beat. Let’s hope the conditions will be suitable in one of the upcoming days. The best riders of today were Camille Juban and Kai Lenny.

Day 4
For the second year running the NoveNove Maui Aloha Classic has been blessed with exceptional waves as a new swell pulsed through during the night to turn Ho’okipa into an XXL playground — or nightmare depending which side you were on — with solid double mast high walls rolling in. The fourth day saw the continuation of the single elimination of the men. The women already got released in the morning. So the result stays the same. Howard, Hauser, Larouche, Nagoshi, Offringa, Wylde, Arutkin and Sato are the top 8 riders of the single elimination.

Given the size of the swell the Ho’okipa rocks didn’t claim as many victims as they were possibly expected to as the world’s best wave sailors tamed the huge swell to deliver a day of epic action — although there were some monster wipeouts along the way — and wave selection was crucial with some set waves being a bumpy, choppy mess ready to air drop you into a pit of doom, while others were butter smooth and opened up to offer the real scoring potential.

Day 3 (first day of pro action):
We saw excellent wave riding conditions at Ho’okipa. 6 ladies and 10 men heats got completed! Robby Swift, Levi Siver, Keith Teboul and Leon Jamaer are the first four men, who made it into the top 16 of the men’s single elimination. Jaeger Stone wasn’t able to compete due to an injury he got when slipping out of the strap during a wave ride.
In the ladies fleet the top 8 qualified riders are: Howard, Hauser, Larouche, Nagoshi, Offringa, Wylde, Arutkin and Sato