At the PWA World Cup in Tenerife Adam Lewis broke into the top 4 for the first time in his life after defeating Antoine Albert, Jaeger Stone and Marcilio Browne in the single elimination. However, the windsurfer from the UK was not able to defend his place in the double elimination, as Marcilio Browne was on fire. But the 29 year-old windsurfer still finished the event in fifth place, what is a great result. Adam Lewis has a really smooth style in waves and is linking together radical turns and Frontside 360s. And he is one of the windsurfers who does the biggest one-footed or one-handed Back loops. If he manages to improve his Double Forwards he can beat everyone in side-onshore conditions.

We caught up with Adam to speak about his best career achievement to date.

SOME YEARS IN POZO I REMEMBER BEING VOMITING BEFORE HEATS WITH NERVES. 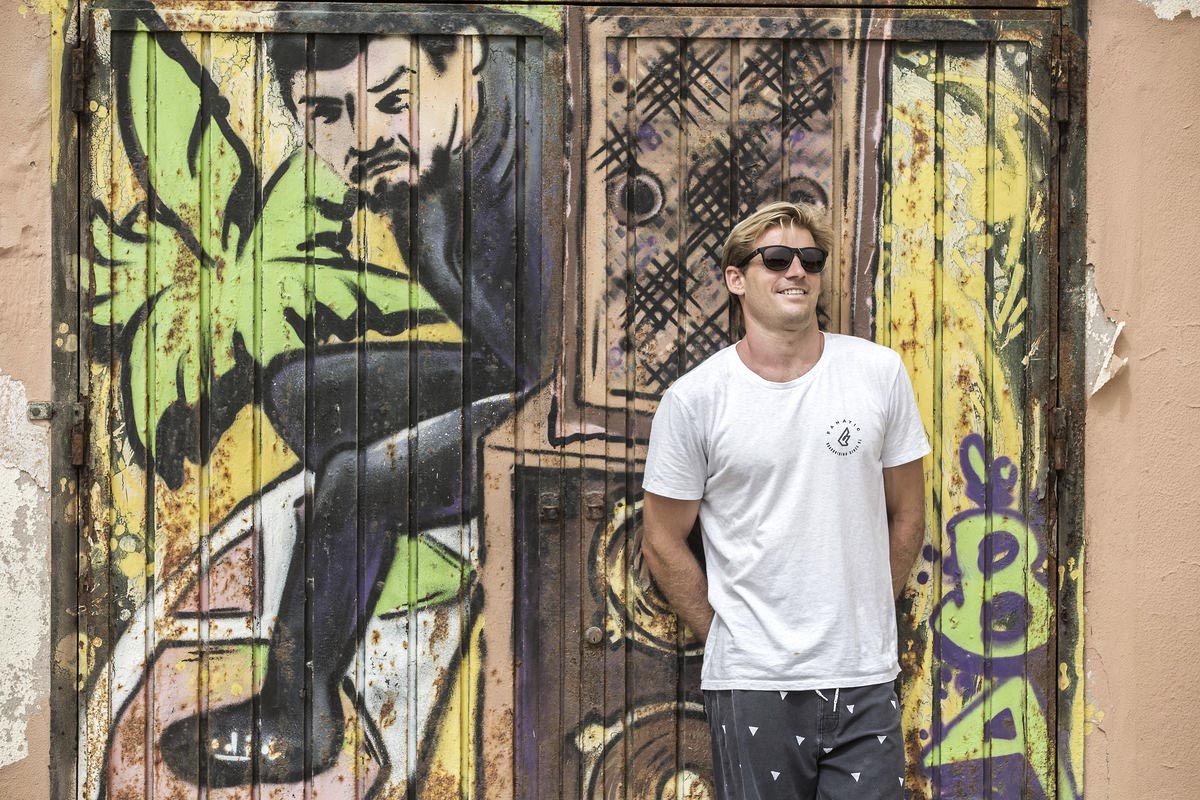 Continentseven: Adam, did you expect to finish in 5th at the event in Tenerife? So far, this is your best result on tour.

Adam Lewis: Yeah, thanks a lot, feels good now the dust has settled from the Canarian leg of the tour. Umm well I guess the best answer is a little of both. I went without expectations to the event. There is so much out of your control in those compressed heats, the conditions or the perspective and even the viewing angle of the judges or perhaps the other guys are just on fire. I just did the best I could to prepare everything I could, my gear feels epic and after tearing 3 ligaments in my ankle over the winter I had worked really hard on my fitness and strength to recover stronger than before. So the best way to describe it would be without any expectations but I guess I felt confident in my wave riding.

There is so much out of your control in those compressed heats, the conditions or the perspective and even the viewing angle of the judges or perhaps the other guys are just on fire.

Continentseven: How was the level in Cabezo?

Adam Lewis: I have to say, I’ve been on the tour for 4 years now and every year the level increases so so much it’s insane. Honestly I’m incredibly honoured to be part of it. Pretty much the whole top 16 can do all the stunts. Right from the first round the event was a massive spectacle!

Continentseven: What did you change compared to the other events in the past?

Adam Lewis: I guess I changed a lot this year in general but at the same time I also feel happy with where I am. I’ve got great sponsors, an awesome girlfriend, great trainers and physio, so the whole support network is there and I’m much less stressed than previous years. Some years in Pozo I remember being vomiting before heats with nerves. I think the preparation for the events started along time ago and I’ve kept on point with training whilst on tour too which has helped too. 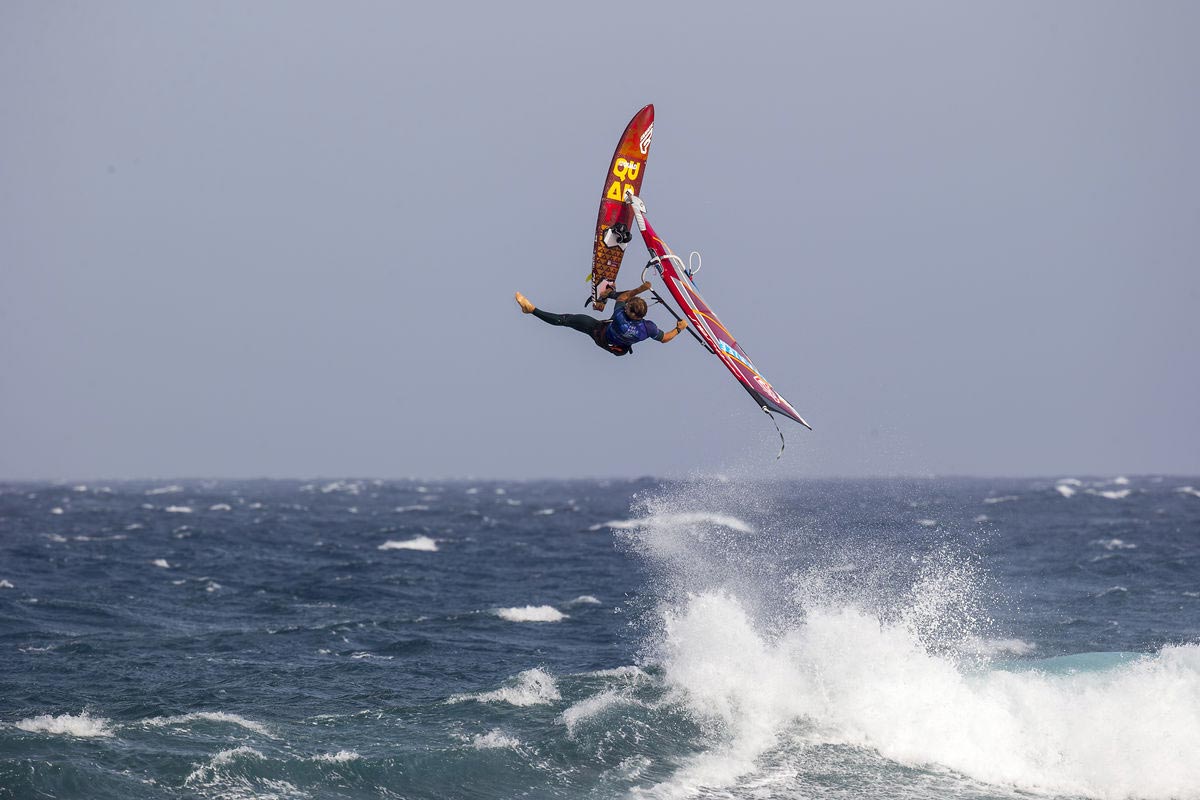 Continentseven: You were able to beat big names. In Gran Canaria you beat Alex Mussolini and in Tenerife you won against Jaeger Stone and Marcilio Browne in the single elimianation. How does this feel?

Adam Lewis: Yeah what can I say they are guys I’ve really looked up to for years so it’s pretty flipping cool. Actually it’s a funny one because by now they are not only guys I admire but also my friends. During the heat I just want to sail the best I can but then after I felt a bit bad for the guy you’ve beaten but thats the name of the game I guess.

Continentseven: 5th is a good result but we are sure you want to be on that podium. What are you missing to make it on the podium? You once mentioned in an interview with the PWA you would like to steal the Double from Philip.

Adam Lewis: Yep, I feel my wave riding is there. It’s what I enjoy the most whilst I’m free sailing, I live in Cornwall and we don’t get loads of jumping but lots of riding. Really I feel it’s that consistent double that lets me down. It’s definitely going to be a big part of my winter plan to smash those doubles! I seem to say it every year but little by little they are getting better.

Continentseven: What makes the Double Forward loop so difficult?

Adam Lewis: Haha well that’s the million dollar question! I wish I knew then I’d do better ones! I think its actually a very technical move, it’s all about the position of you body and less about just pulling the sail as hard as you can, it’s just hard to be so technical when your are quite high, spinning very fast in 3.7m weather. Probably confidence and being relaxed helps a lot with them too, my best ones I do are when I’m almost messing around and relaxed.

Continentseven: You used to live in El Medano. How does it feel to finish with a good result at the spot where you’ve spent a lot of hours on the water? Do you think you have an advantage compared to other riders, because you spent so much time there?

Adam Lewis: Well normally I would say yes, however every year we get conditions in the event that are nothing like Cabezo is normally. This year we have a big south swell, so the wave came from the opposite direction to normal. I sailed on 3.4m in some heats and the whole month before I had been on 5.3m and 95 liters, so it was pretty different. I guess one advantage is however that I have a lot of friends there and I like to be there so you are in a good mental space.

Continentseven: Why did you move to the UK again?

Adam Lewis: Just for a bit of a change, plus I was moving around a lot with sailing and traveling, made sense to travel more from the UK. I love it, I live about 20 minutes from the Gwithian (where the Storm Chase was) and within 40 minutes I can sail down the line fun beach breaks or reefs in most directions. The beach at the bottom of the road picks up some of the best surfing waves in the UK and there are great mountain bike trails close by too. I even have a palm tree in the garden! I mean when the UK is really bleak around Jan/Feb, I’m somewhere warm by then anyway so I just get the good bits! 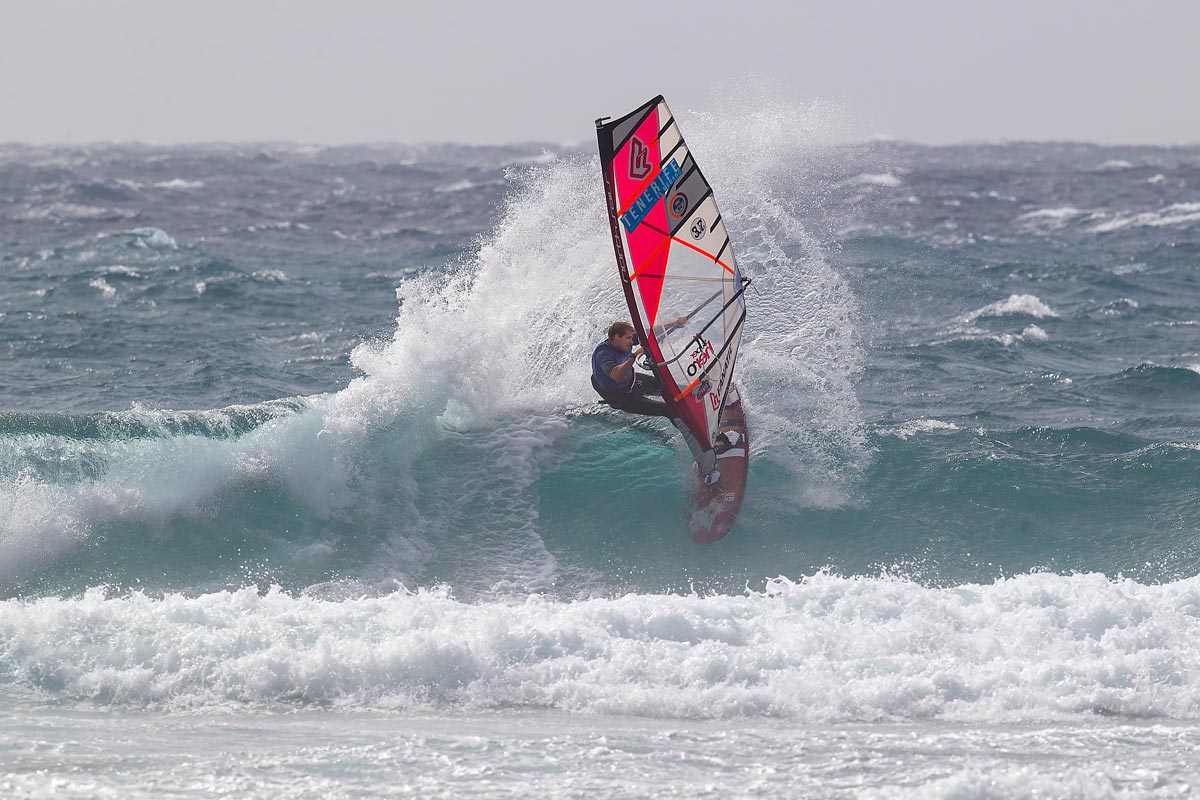 Continentseven: What are the spots you windsurf most at home?

Continentseven: What are your expectations for the next event in Sylt?

Adam Lewis: The no expectations seems to work so far. I’m just heading to France with my girlfriend for one of her QS surf events but then I’m back in the gym and on the water getting ready for it!

Continentseven: Rumors say the PWA Aloha Classic is not happening this year, although it’s still on the PWA calendar. In your situation would you like to compete in Maui?

Adam Lewis: Honestly it’s probably not the best for me in terms of results but I would really love it to happen. I think it’s a great part of the tour, I mean the more wave events the better right.

Continentseven: How and where will you prepare for Sylt and do think there is still the chance to make it on the overall podium this season?

Adam Lewis: I’m going be spend most of it around the UK, probably I chose to sail a few more onshore beaches than normal, but we have a lot of 5.3m days with some current so I’ll get amongst it. Maybe a sneaky trip to Ireland. I’m happy whatever happens but I’m really motivated too so we will have to wait and see!

Continentseven: Thanks a lot for the interview Adam!

A huge leap in performance! Super powerful lip smacks,bucket loads of spray. In the air- meaty doubleFs,oneH,oneF backies. Lewis has much more to deliver in future.

Amazing sailing Lewis, gave everyone a run for their money and only lost really close when he did! Every single heat top performance!!