A talk with KSB Collective

KSB Collective is a group of talented French video producers and camera operators, who come together from time to realize different projects in windsurfing. We met them on Fuerteventura in 2011 for the first time, when they produced the video clips for the Fuerteventura Wave Classic, which was a great event by the way. Their latest project in windsurfing was “Le Poy” a movie featuring the French windsurfer Jules Denel (F-41) from Calais, who most of the time windsurfs at the famous spot of Wissant.

It was about time to hook up with Greg Scherpe, the head of KSB collective, to speak about the beginning of KSB, their background and what “Le Poy” really means. 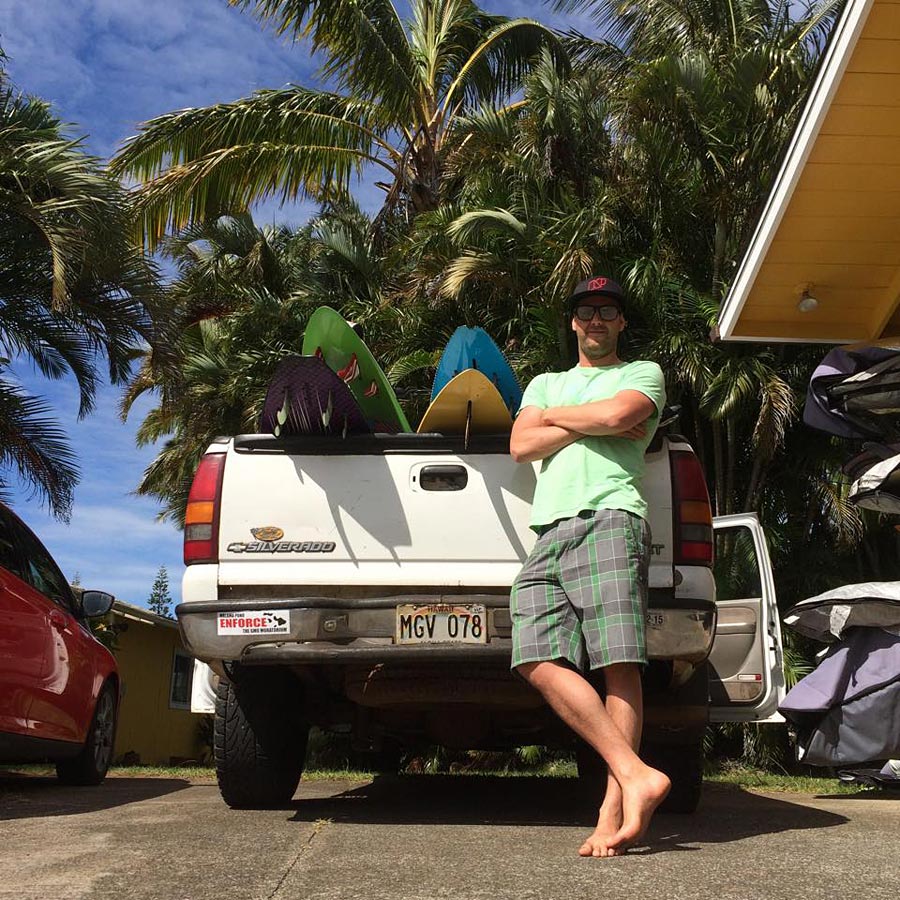 Greg Scherpe on Maui, ready for a windsurfing session

Continentseven: KSB Collective. Who is behind KSB Collective and since when have you been working in the windsurfing scene?
Greg Scherpe: I don’t really remember. But principally after I won the first “Rider’s match  contest” I guess with Yann Sorlut and the Simmer movie. Windsurfing is a passion and I try to mix it with my work as much as I can. We created the KSB Collective with Martin Keruzoré, who is a professional operator and also a good media man for professional sailing boat competition and Pierre Bouras, who is a professional photographer. For us KSB is a way to realize projects together about our first love: the ocean. This collective is not close and Theo Reynal who is finishing his study in audiovisual as an operator just joined us for this project, too. And I hope a lot of talents will join us to make future movies better.

Continentseven: You live in Paris, far away from the sea. Why do you have such a strong connection to the ocean?
Greg Scherpe: I grew up in Brittany at the French West coast, where I did practice a lot of water sports and then lived half time in Paris and half time in the north of Portugal for professional and personal reasons. So I never really quit the water even if it’s more and more hard to find time to enjoy the ocean.

Continentseven: What are you doing if you aren’t filming, editing or creating windsurfing movies?
Greg Scherpe: I work in the audiovisual industry with my own company which is called « seme production » in Paris. We work for a lot of different companies like Disney company, Master Card, UGC etc… in a lot of different projects and for TV also.

Continentseven: What inspired you to produce the short movie called Le Poy?
Greg Scherpe: My inspiration for this short movie was Jules Denel and his background which is naturally linked. He comes from north of France the country with a lot of character due to its industrial history.

Le Poy – The making of | by KSB Collective 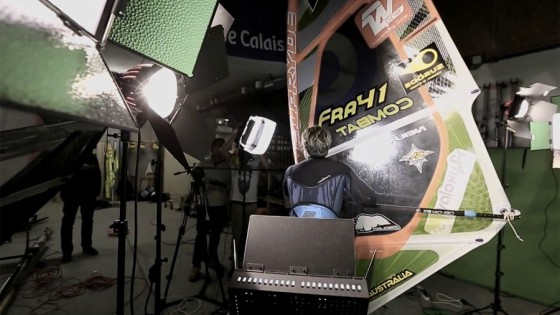 The making of Le Poy by KSB Collective

Continentseven: Did you get inspirations from any other movies for “Le Poy”?
Greg Scherpe: For sure I got some subconscious inspiration from different things, but I guess I was inspired by some dark and comedy cinematography.

Continentseven: How do you want to show windsurfing in your video productions?
Greg Scherpe: Windsurfing has as much „ different faces” as there are people who practice windsurfing. This short movie is one of my visions of windsurfing. I tried to show it in a different way. Maybe a bit more pleasant, more realistic with the background of a main character (Jules Denel was the main character).

Continentseven: What is missing in most of the video productions in windsurfing nowadays?
Greg Scherpe: There are not a lot of professionals nowadays. I think it’s because it’s not a priority for the big brands. It’s hard to say….but „fortune favours the brave” so I would answer: RISK

Continentseven: Which camera gear did you use for the production of “Le Poy”?
Greg Scherpe: We as always used light camera as Canon 5d Mark 3 and for the slowmo we used a Phantom Camera from Vision Research. 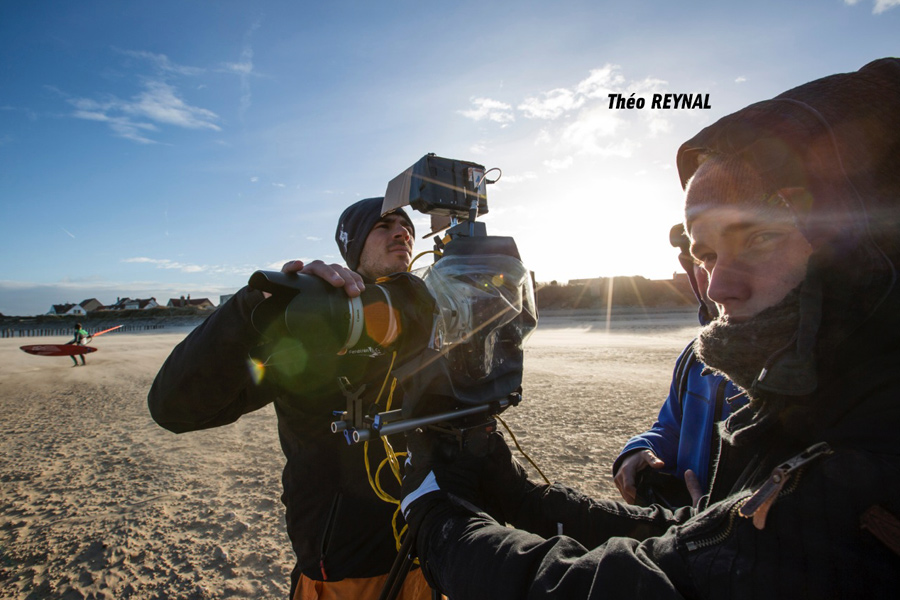 Theo Reynal is a new memeber in the KSB Collective

Continentseven: “Le Poy”, there are many explanations for the title, what is your explanation for that?
Greg Scherpe: « Le Poy » haha, that’s not in the dictionary but it’s an expression from the North of France to name a certain kind of guy, you know, the one who has a little car, but make it look like a Lamborghini. In my mouth it’s not a critic because I find that funny and I like the « ZEF » culture.

Continentseven: Next projects?
Greg Scherpe: Nothing in the tube right now, but loads of ideas growing in my head. We just need the support of brands to do it. So thanks to everybody, who helped us for that project and hope to see you soon with a new one.

Continentseven: Thanks for the talk, Greg and good luck with your company and future projects.