After a three week break, the PWA wave fleet is ready to return to action for their second event of the season, which starts tomorrow August 6. The current forecast looks as though it may be a relatively quiet start to the event, but Wednesday and Thursday currently offer plenty of potential to run the contest. 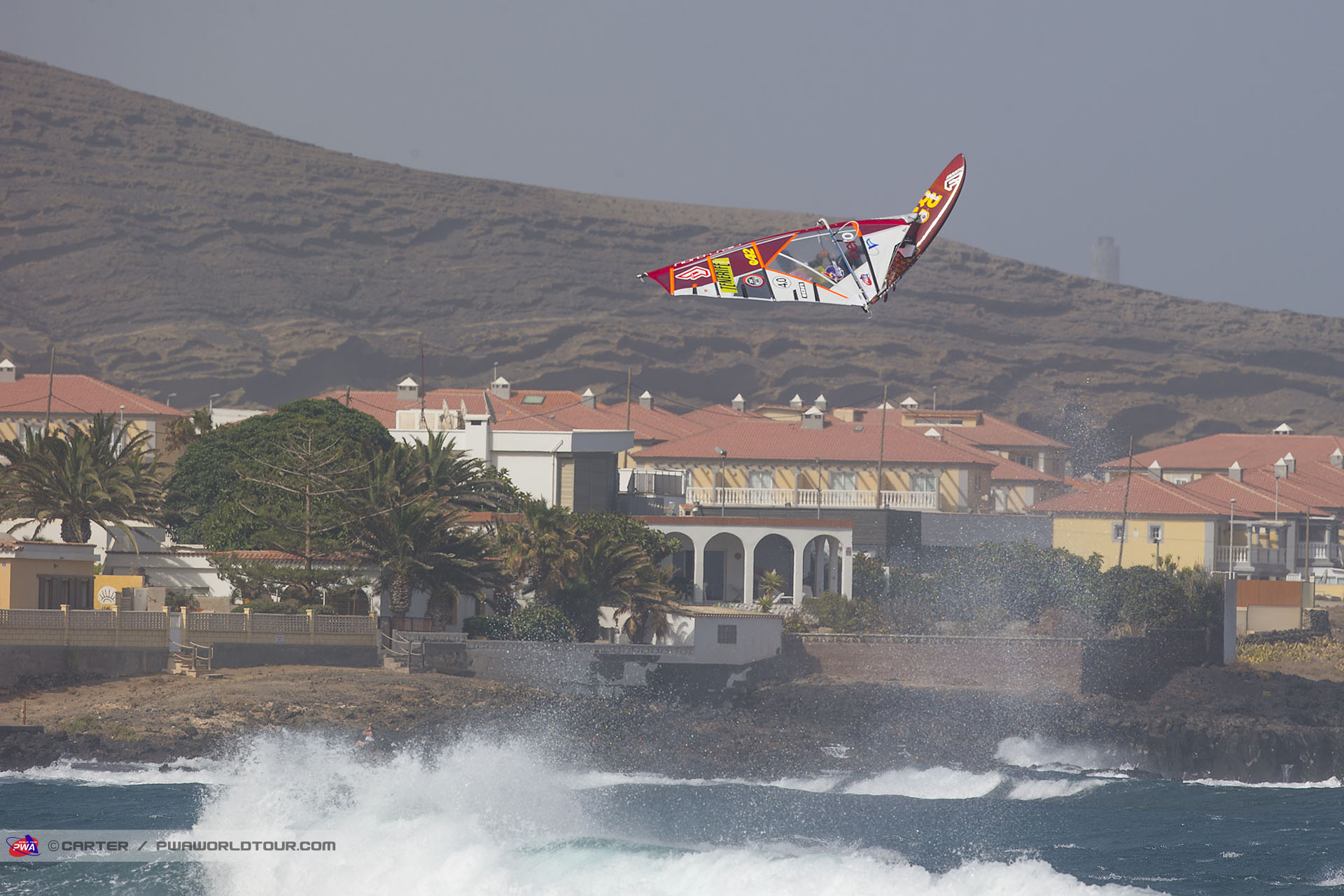 Who are the favourites?

Since the Tenerife PWA World Cup started in 2011 Daida and Iballo Moreno have never finished outside the top 2 and given the way they both started the season in Pozo it’s hard to see anyone breaking into the top 2 this time around.
Lina Erpenstein will come into the second event of the year full of confidence having broken into the top 3 for the first time in her career in the opening event of the season. The young German showed off her no fear approach to jumping and aggressive wave riding.
After a 5th place in Pozo 26 year-old Sarah-Quita Offringa you can expect to see her charging for the podium again.
Steffi Wahl, who did not participate in Gran Canaria this year is back on the entry list for Tenerife and wants for sure repeat her 3rd place from last year.
Not to forget Justyna Sniady. She finished the first event in 4th position and has great turns and solid jumps to offer.

Two men have dominated in Tenerife since 2011 – reigning world champion Victor Fernandez and 3-time world champion – Philip Köster. They finished 1 and 2 in the opening event of the year. Koster produced an impeccable return from injury to head up the event rankings, while Fernandez was his usual slick self and there could be another epic battle on our hands here.

Who else can make it on the podium?

Of course Thomas Traversa, who finished 3rd in Gran Canaria. Ricardo Campello is always ready for a podium, Marcilio Browne was a bit unlucky in Gran Canaria but wants definitely a podium finish on the Canaries, the Cabezo locals Dany Bruch and Alex Mussolini know the spot and definitely have the skills to finish on the podium, too. And last but not least Jaeger Stone, who already was on the podium in Tenerife and Robby Swift, who is hungry for a podium finish, too.