The Greek freestyle scene seems to be very active and they organized a national freestyle competition on the beautiful island of Naxos (Central Cyclades, Greece). After a waiting period, the event, which was organized by Flisvos Watersports and Laguna beachpark.gr took place on the first weekend of November. After a full double elimination in 25 knots wind conditions had been completed, Stam Promponas won the event.

The island of Naxos and its lagoon proved again its qualities as an outstanding freestyle windsurfing spot. In 2009 the EFPT had their tour final on Naxos and several freestyle windsurfers like Maaike Huvermann, Riccardo Marca or Mattijs Lasore were on the island during the summer months to catch the very steady Meltemi wind.

Watch 9 minutes of great action from the best Greek freestyler windsurfers. Congrats to Pantelis for the video and to all participants! 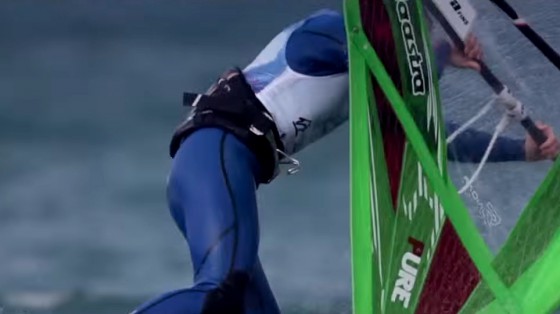